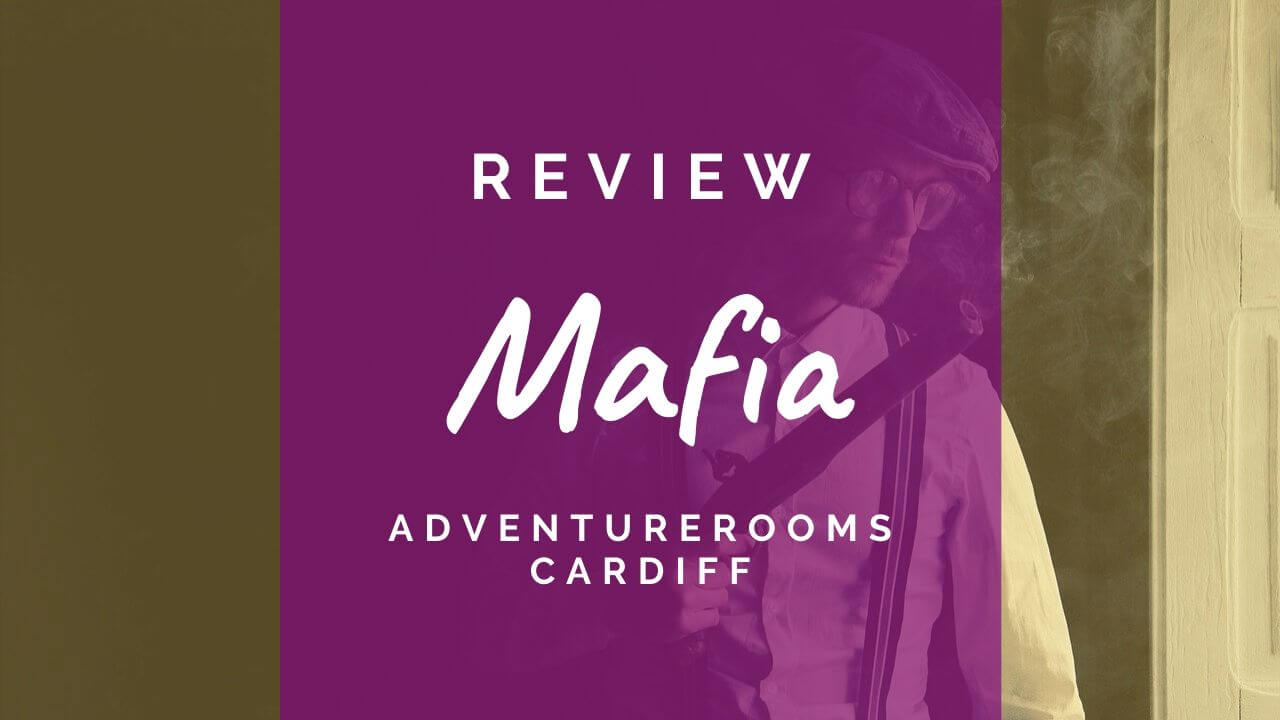 A solid Prohibition-era room with an incredibly diverse set of puzzles.

I’d been waiting to try out Mafia ever since it opened in late 2017. But a mixture of fate and scheduling shenanigans always meant that it was just out of my reach. I had a blast at their other rooms, The Mad Scientist and The Black Queen, and I was keen to give this one a whirl.

You have been captured by the mafia and are being held at their headquarters. The Big Boss has called a meeting to decide on how to “deal with you”. Escape seems impossible, but you must try. You have one hour to escape before they return and reveal your fate…

You’re trapped in the den of the mafia boss, so there’s a wealth of inspiration from which to draw – dank basements, speakeasies, houses of ill repute. The Mafia room does these well and each section of the room is in keeping with that I’d expect from a prohibition-era set piece.

Many of the puzzles are analogue or use limited tech that maintains the feel of the 1920/30s. There’s no part of the game that breaks the immersion in that respect. This is by far the best-themed room at AdventureRooms.

And it keeps going. Just when you think ‘this has to be the last room’ then BAM – you’ve broken into a brand new part of the game.

Mafia has an incredibly diverse set of puzzles that largely stick to the theme, moreso than their previous rooms.

Having the group separated and confined at the beginning meant that we weren’t overwhelmed by the puzzles and so were able to ease ourselves into how our game master thought.

There were a few cleverly-hidden puzzle elements that were designed to be ignored at first, one in particular in the beginning of the game. Luckily I spotted that it stuck out and pocketed it immediately.

The third section of the room had the most interesting set of puzzles, so well integrated with the decor that I completely disregarded them. Luckily someone else noticed them and enabled us to solve one of the puzzles.

CHECK THIS OUT: The Mad Scientist @ Adventurerooms Cardiff [Review]

Our GM was friendly and enthusiastic, putting us at ease immediately. He was also very patient when we arrived a few minutes late, soaking wet from the sudden Cardiff downpour.

The hints at AdventureRooms are delivered by screen, but rather than just text-based hints, we were served images of certain parts of the room as pointers where to look next.

That was usually enough for us to refocus our efforts and find the solution ourselves, which was most welcome. It’s one of my favourite ways to get clues.

Does a one-legged duck swim in a circle? We escaped indeed, with five minutes left on the clock.

Mafia is AdventureRooms’ best room without a shadow of a doubt. It’s got a good mix of diverse and challenging puzzles, used in ways I’ve not seen before. It’s attention to set design is the highest quality of their three rooms, which only adds to the immersion once that door is locked.

I’d recommend Mafia to anyone who wants something a little different with their puzzle flavour. If you’re tired of seeing the same old, same old, then give this room a whirl.

Have you played Mafia at AdventureRooms Cardiff? Let me know your thoughts in the comments!