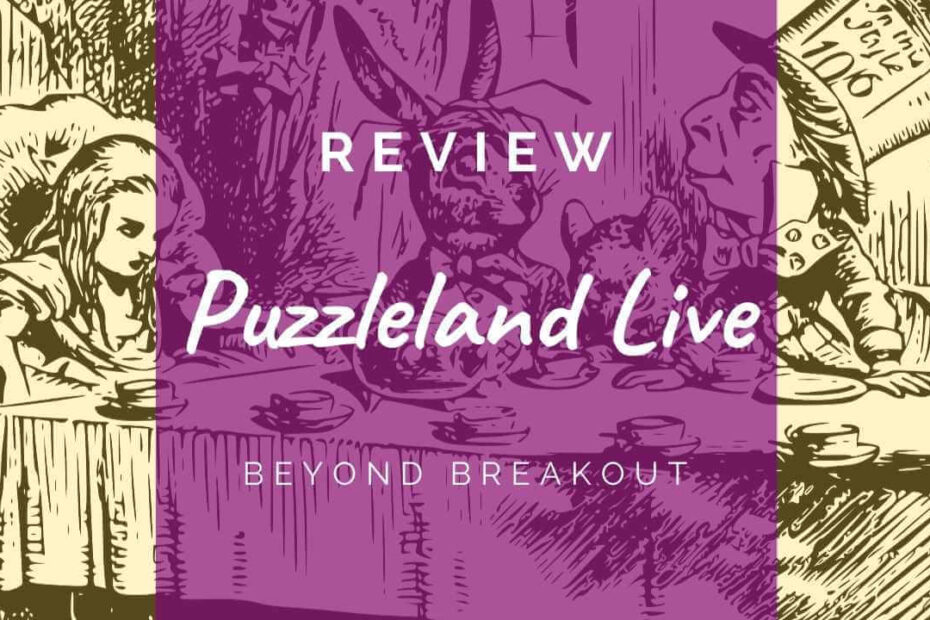 A fun romp through a familiar setting that’s well adapted to work remotely.

My county has gone back into lockdown, which sucks. At this rate, I’ll never reach my goal of playing every escape room in Wales.

But, thanks to Beyond Breakout, I’ve gotten that much closer. They’re the first escape room venue in Wales to offer a permanent remote game – an adaption of their existing game Adventures in Puzzle Land.

You and your band of Knights serve the White Queen. Your quest is to breach the Red Queen’s castle and steal the crown to return it to your Queen, with your head still attached!

You will need to solve puzzles and evade detection before making a clean get away with the enormous Royal Crown. Don’t get caught or it will be “Off with your head!”

There were more rooms than expected, given the fairly smaller starting room. This gave some wonderful a-ha moments when we thought we were close to finishing, followed by “Wait, there’s more?!”

This isn’t a big-budget set but the theming was on point, showcasing with the various areas of Wonderland. Expect chessboards, card suits, white and red roses – the works.

If you’ve read the novels or seen the various adaptations of the story, you’ll be more than familiar with the host of characters that greet you throughout the game. Some of the puzzle elements are cleverly hidden in among the characters, and as someone who’s head/read/seen the story a lot, I’d dismissed them on first glane.

There was a fun Indiana Jones moment towards the finale – an almost throwaway suggestion proved to be correct and it was a most satisfying way to round off the game.

There was a good mix of puzzles that played well with the theme, including chess-based puzzles, searching, physical manipulation and pattern recognition.

There were a couple of multi-stage puzzles that came together nicely, and these were the most challening, partly owing to the remote-nature of the game.

The puzzles were all in keeping with the Wonderland aesthetic and even allowed me to (finally) not suck at unscrambling an anagram!

The puzzles were well signposted throughout the game and we went along at a good pace. Somewhere towards the third quarter of the game we started to slow down and things became a bit less clear. I think we’d have had an easier time of it if we were in the room and could have taken it all in at once.

We used two hints, largely due to the fact that we didn’t quite notice something or would have naturally investigated part of the room were we actually there.

Our GMs were Lorna and Jo, who were friendly and funny throughout. One operated the camera while the other managed the inventory system. They both were on hand to give hints and gave good quips and banter as we puzzled through the rooms.

The game was pretty well adapted to be a remote game. The inventory system worked really well and allowed a mix of images, video and interactive elements. This was so much nicer than just having plain images sent to us – it kept that level of interactivity that some remote games lose.

One or two puzzles that would have required us to physically move things in the room was adapted so we could solve it digitally, which worked great.

Our GMs would give a quick once over of each room and identify where and what each lock present was, which was a big help in keeping track of what needed to be done.

The only drawback of this adaptation was that we missed one or two puzzle elements because we didn’t see them through the window of our avatar, or we were too polite to ask them to rummage through certain parts of the game!

Alice in Puzzle Land Live is a fun romp through a familiar setting that’s been well adapted to work remotely, the experience made all the better with Lorna and Jo as your eyes and hands. We played as a duo, but I think a group of three would work well so you’ve an extra pair of eyes to pick up on anything important.

This would work well for a family that wants a fun activity together but can’t make it to the physical room.

Prices start at £15 per person for the live game. £50 per team for remote game.