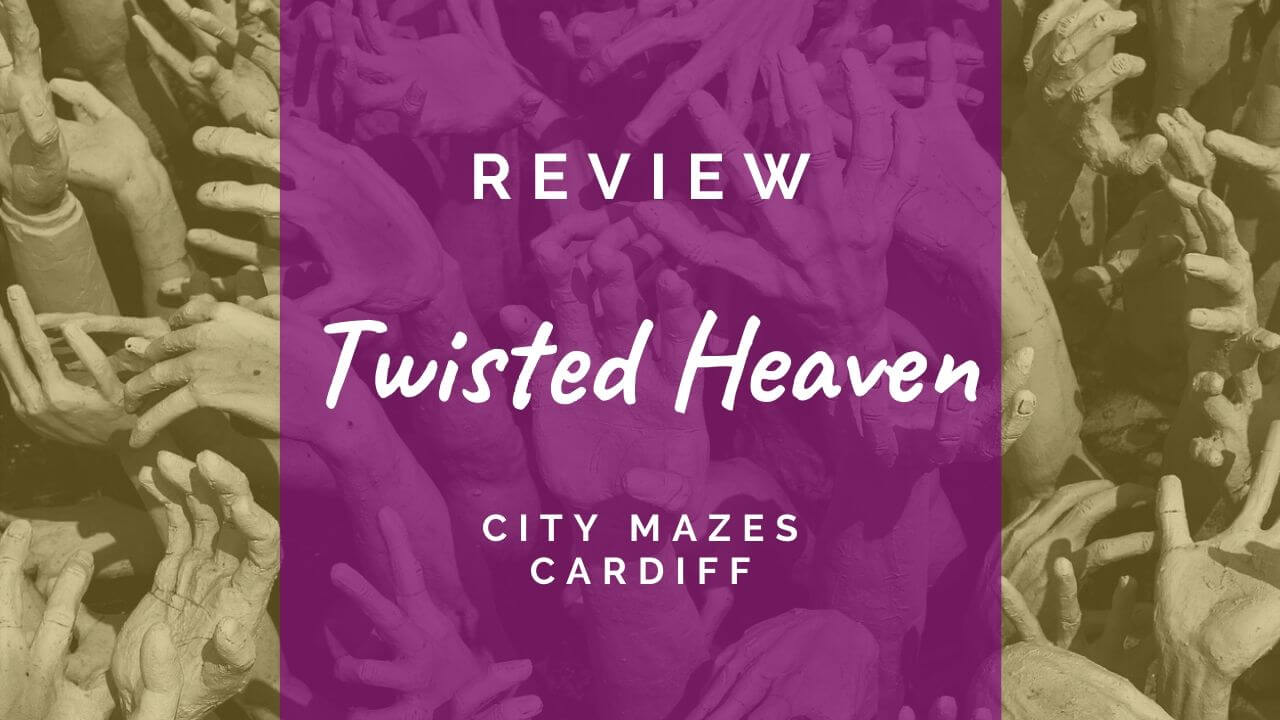 So you’ve died. That sucks. But luckily you have company. Now all you have to do is travel from Heaven to Hell and back again. Easy, right?

Hot on the heels of my last venture to City Mazes Cardiff, I was eager to try out their newest room, Twisted Heaven.

Our team of four – moderately experienced escapees all of us – were guided to a pitch-black room and let loose on the afterlife.

Twisted Heaven follows a similar pattern to Fall-In, in that there’s a more minimalist approach to theme integration and immersion (i.e. not a great deal beyond that which is necessary).

Unlike Fall-In, though, the decoration seemed a lot more randomised and without knowing the premise beforehand it’s unlikely that many would make the Heaven/Hell connection.

That being said, some of the more abstract elements worked well to give you a sense of unease within your environment. There are also a few light changes at certain points during the game that add a nice touch.

The puzzles were well thought out and in some cases fiendishly challenging. What I enjoyed particularly was that, even when you thought you were finished with a puzzle, aspects of it continued into a later part of the game.

This led to some frantic running between rooms as we neared the climax of the game, which heightened our sense of urgency.

Most of the puzzles in this room involved number sequences in order to solve combination locks. While the individual sequences were discovered through differing and inventive means, I felt there could have been more done than just “open this lock. Now open this one. Now this one.”

The game hosts were helpful and friendly and, though we didn’t need to ask for any hints in the game, they pointed out a starting point for us when we first entered the room.

Our team of four managed to escape the room in 28 minutes, which surprised us given that our team was less than half the strength of the maximum allowed.

Twisted Heaven was fun but not as challenging as Fall-In felt like it relied less on teamwork and communication and more on your ability to search and notice things.

I’d recommend you go into Twisted Heaven with a smaller team for more of a challenge. The more people you have here, the less there is for each of them to do.

Twisted Heaven has since been retired. In its place, City Mazes created the Jumanji-inspired Bamboozled. Check out my review of Bamboozled.

Did you play Twisted Heaven? What did you think of it? Let me know in the comments!