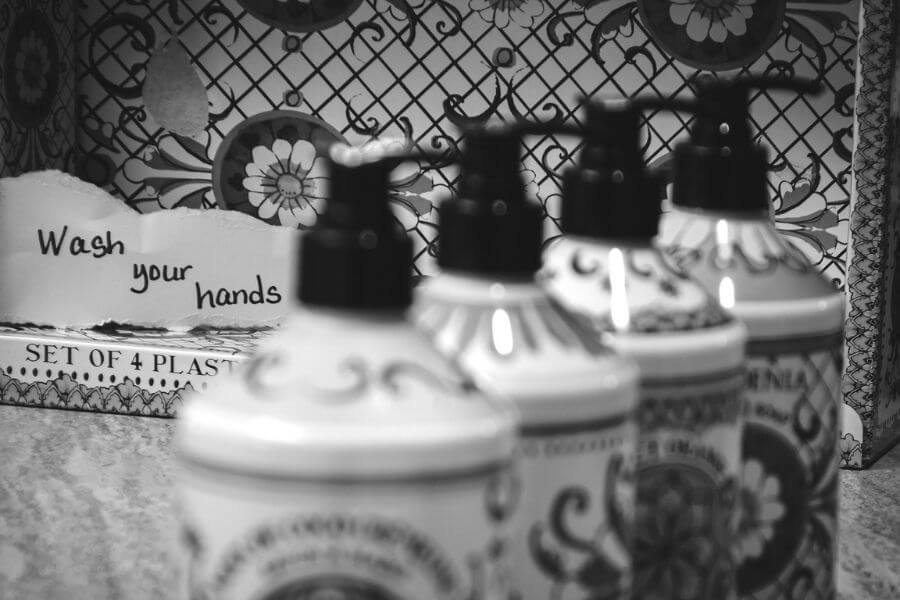 Concerned about how you’ll play safely? These tips should help.

Like many players, I for one am incredibly glad that escape rooms are open again.

But the landscape has changed somewhat since March 2020, and escape room venues have had to adapt in line with government restrictions.

And let’s not beat about the bush, here. Escape rooms are enclosed indoor spaces where social distancing isn’t all that possible.

So it’s fair to assume there might be a smidge of anxiety for some people who want to play but aren’t sure about how they’ll stay safe.

Hopefully these tips will help you prepare for a fun and safe game. These tips are specific to UK escape rooms – you should check the local rules of your escape venue if you’re playing outside the UK.

And don’t forget that the rules may be slightly different depending on whether you’re playing in England, Scotland, Wales or Northern Ireland.

Make yourself familiar with their cancellation policy in case you have to self-isolate and have to miss your game.

Forewarned is forearmed, so this way there are no surprises.

If you’re not well, don’t play

I don’t want to start the proceedings by being a party pooper. But given the current state of affairs it’s for the best to keep both your teammates and the staff safe.

If you’re showing any of the same symptoms of coronavirus, don’t play. Get in touch with the venue to cancel or reschedule your game (using the info you discovered in the point above!).

Alright, it’s not the Saturday night you planned. But it’s better than having the venue forced to shut down for a period of time and the staff having to isolate for coming into contact with a positive case.

Keep your mask on at all times

But the overall rules are unequivocal: You must wear a face covering at all times when you’re in an indoor entertainment venue.

Of course, if you’re exempt from wearing a mask for whatever reason, this doesn’t apply to you. But if you do have an exemption, please tell the venue beforehand. They may have to make additional changes to accommodate, like ensuring more time between games.

But resist the temptation to take your mask off when in the room, or even for the team photo.

The rules say that you could be hit with a £200 fine if you’re caught being maskless in an indoor space, and the fine doubles for every infraction.

And what better way to provide evidence of this than with a post escape team photo?

So to be on the safe side, keep your mask on at all times while you’re in the building.

Take hand sanitiser in with you

Look. It’s an escape room. As much as you might try to resist the urge, you’re gonna be touching stuff. And as soon as that clock starts ticking down to a scary number, you’ll be touching stuff with increasing frequency.

Most venues should have hand sanitiser on site for you to use. If not in the room itself, then in the communal areas.

And venues will likely have deep cleaning procedures between games. But it wouldn’t hurt to carry a little bottle of your own hand sanitiser in with you for that extra peace of mind.

Every now and then, give yourself a little hit of anti-bac to minimise the spread of any possible germs.

Check in with Track and Trace

Every player needs to check in with the app. Some venues may also need to take additional details depending on where they are.

This shouldn’t be too different to how things were before – most of the time players had to sign their team in or sign some kind of waiver.

Just be ready with your phones and things will run smoothly.

And remember it needs to be every member of your team. This is especially important since mixed groups can visit indoor hospitality. If a contact tracer needs to get in touch, they’ll need to inform every single person who was there.

Venues can be fined to the tune of £1,000 for not properly enforcing the use of Track and Trace, so please be nice and play ball.

This should be a general rule for playing escape rooms in general, but it applies doubly here.

Escape room venues have had to take extra measures to stay within legal guidelines and space out their games to minimise contact and ensure each room gets cleaned.

If you’re late to your game, it could have a knock on effect that impacts later games. Even worse, it could increase the risk of crossing paths with another team.

Show up at the time specified on your booking email (some venues will ask you to show up 15 minutes before your start time).

Factor in toilet breaks so you’re not holding up the game by making a quick pit stop, too.

Be courteous to your game hosts

This is another one that should be marked under ‘common sense’ but it’s even more apparent in these times that folks need a reminder.

Escape room owners are doing their best to provide a fun and safe environment. At the same time, they’re fulfilling their legal and moral obligations to the public to ensure public safety and their own longevity.

I’ve heard cases of players lying to staff so they don’t have to wear a mask, and giving them grief and abuse within seconds of entering the venue because of their Covid safety policies.

Just don’t be a dick, especially to the people who are doing their damnedest to provide some entertainment and keep themselves going in an ongoing challenging situation.