A preview of Escape Reality Cardiff 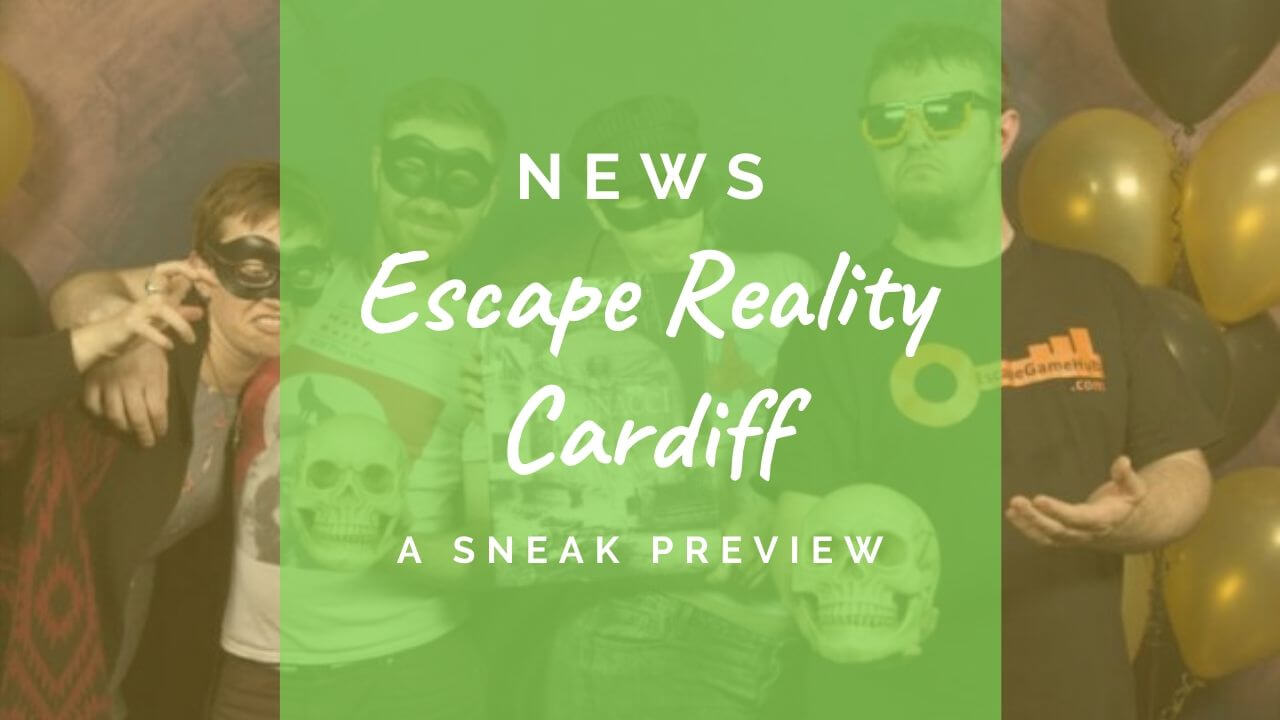 I went to the launch event for Escape Reality (formally Xscape Reality), with a chance to try out their rooms. I donned my Escape Game Hub Ambassador shirt and headed off with some of my escape buddies.

Boasting six escape rooms, Escape Reality currently holds the title of Wales’ largest escape venue. You wouldn’t think it to look at it from the outside, though.

Its entrance sits between two buildings on St. John Street, like the Welsh equivalent of 12 Grimmauld Place. As you ascend the stairs,  you quickly discover that beyond the narrow entrance is a sprawling complex.

A series of prints greets you – each representing the six rooms: Jungala, Enigmista, The Heist, Misery, Alcatraz and Fibonacci. There’s also a victor’s wall as well as a league table for best escape time.

All of the staff are friendly and helpful, and even if you’re waiting for a game they make sure that you’re enjoying yourself. Also, Escape Reality is the only escape game in Cardiff to have an on-site bar.

Our team of four was given the chance to try out two rooms –  Fibonacci (the most difficult room), and Enigmista. 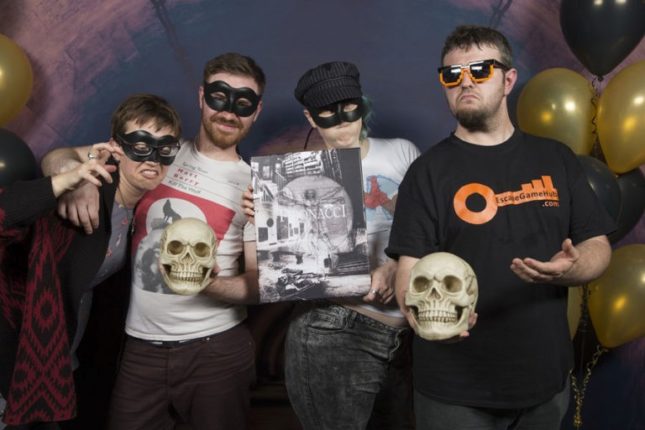 We were trapped in an art gallery where the curator has been murdered by a shadowy organisation that’s heavy on symbolism. Think real-life Da Vinci Code and you’re more or less there.

We were off, shining torches into every nook and cranny, pulling things off pedestals and tapping in codes. It took us at least 15-20 minutes to get past the first puzzle.

The Fibonacci room doesn’t pull its punches – this was by far the most difficult room I’ve ever played.

After several hints and solutions (more on the ingenious hint system later), we managed to get into the second part of the game.

As you’d expect from a room inspired by Dan Brown’s novels, the puzzles are fiendish. They use a combination of combi-locks, crypticies and ciphers to baffle all but the most experienced escapees.

Dejected, we had our photo taken in the reception area with a variety of props, and then headed on to Enigmista.

Our thanks to the patient staff who let us play a second game. Our team were the last ones out at past 11pm, and they were great with us the whole time.

While we were given the safety briefing for Enigmista, I spotted a few shiny objects dangling from one of the game master’s hands.

“I can’t help but notice you have four pairs of handcuffs on you,” I said to him.

“The handcuffs are optional, but they add a little extra challenge at the start of the game,” he replied.

Well, I’m not one to back away from a challenge.

Fast forward two minutes and the four of us are handcuffed to a pipe in a bloodied bathroom while a sinister voice tells us that “they want to play a game” with us.

We were off to a flying start. We blitzed through the first few puzzles like nobody’s business. These were mainly a mix of searching and traditional keypad combination puzzles. We started to think we might actually beat this room. 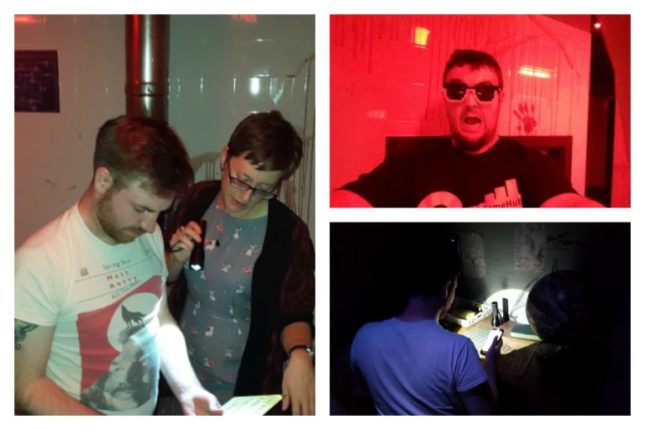 We hit a brick wall in the middle portion of the game and spent longer than we should have on a puzzle because we over-thought the solution.

“What if it’s every other?”

“How about if we look at the bit that’s missing?”

“What if we put these ones together?”

Turns out the solution was much simpler than any of that, and we’d inadvertently been giving ourselves the answers while trying to come up with more complex solutions.

We broke into the last portion of the game with six minutes on the clock, but the difficulty level kicked up a notch and then some. Our final puzzle had us scratching our heads until our game master called time on us and we had to admit defeat. 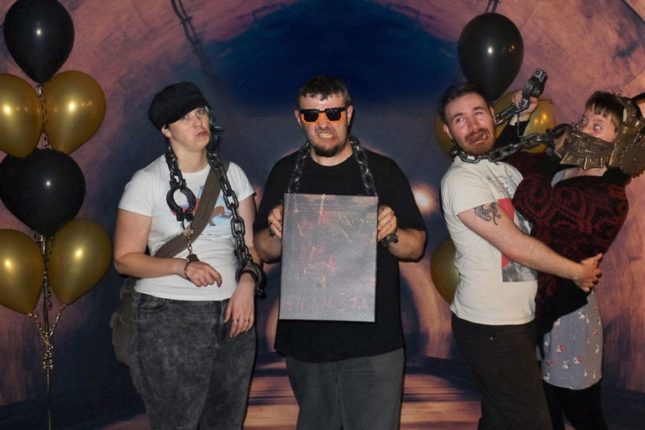 It’s safe to say that Escape Reality is the most challenging escape venue in Cardiff. Granted, we chose rooms that had a four- and five-star difficult rating, and our over-confidence (and the celebratory pre-game launch drinks) were our downfall.

Given the difficulty, Escape Reality have a unique hint system I’ve not seen elsewhere. You’re given an iPad when you enter the room that counts down your time, but it also doubles up as a scanner.

Dotted around the rooms are QR codes that you can scan for clues at certain points in the game. You can choose a hint – which adds a minute to your total time, or a solution, which can add substantially more. This doesn’t cut into your gaming time, though – you still get 60 minutes to escape, but using hints may impact your chances of hitting the leaderboard.

These clues are time-locked too, so you can’t blitz through the game by using solutions for everything. This gives you ample time to try and work things out yourself before you resort to the hint system.

We had an absolute blast at Escape Reality. The rooms look great and the staff are enthusiastic and helpful. Though we didn’t escape our rooms, we’re determined to go back and finish what we started.

Games start from £15 per person for a team of six.

Have you played any of the rooms at Escape Reality? What did you think? Let me know in the comments!