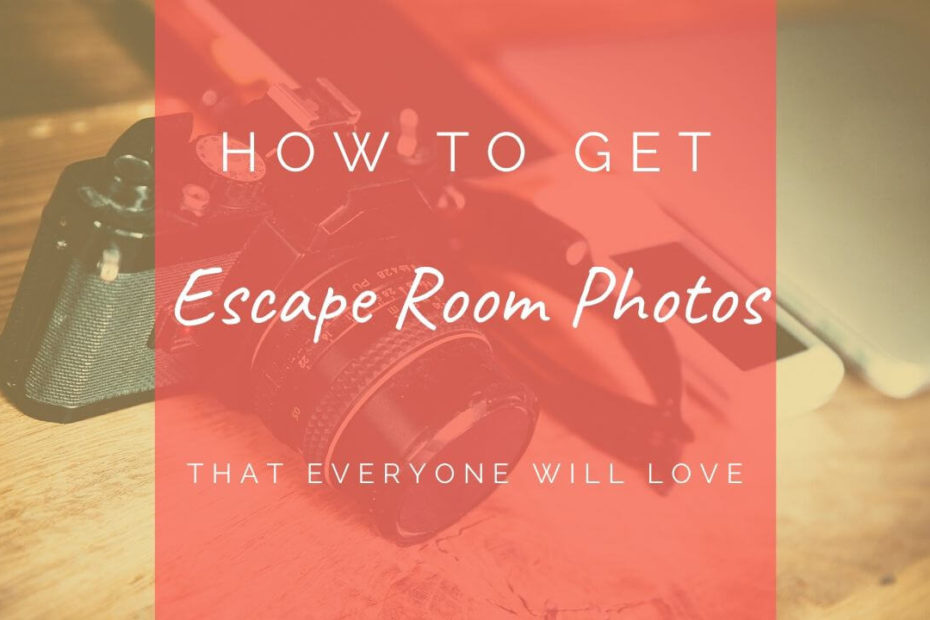 With so many escape rooms competing for people’s attention, one way to stand out from the crowd is with great group photos.

To get a feel for what people actually wanted out of a post-game group photo, I asked the members of the UK Escape Room Enthusiasts group on Facebook (a lovely bunch, check them out!).

All figures below are out of 127 responses from escape room enthusiasts that are based in the UK.

“For your photos, create part of your room that’s well-decorated and relatviely void of important or obvious puzzles.”

Only 7% said it wasn’t important at all (a zero rating).

Given that the group photo is arguably the only shareable thing about your room, the photo acts as both souvenir for the player and useful marketing tool for yourself. Most players consider them an important part of the overall experience, so don’t skimp on it.

As you might expect, instant messaging apps like WhatsApp and Telegram are pretty popular too, with nearly two in five (39%) sharing their photos there.

On the flip side, 13% of people said they didn’t share their photos at all.

With all this in mind, it’s worth optimising your escape room photos for Facebook (and, if you can, Instagram).

Sprout Social has an up-to-date guide on optimising your images for different social media platforms.

Optimising simultaneously for Facebook and Instagram can be tricky. This is where being well versed in photography composition and framing will come in handy – you can keep your players in centre frame (perfect for Instagram) and have the extra space for theme, branding and other elements (great for Facebook sharability).

Around two in five (39%) people said they wanted the photos taken inside the room itself. About the same amount said they didn’t mind where the photos were taken.

The consensus, though, was that wherever photos were taken, it should be themed to the room that they’ve played.

It might not be a top priority when building a room, but it’s worth thinking about where you might be able to take group photos. This might need some extra planning (not wanting to give any puzzles away etc). Create part of your room that’s well-decorated and relatviely void of important or obvious puzzles.

You can cloak any puzzles here by using an ancient script as a cipher since they’re less obvious.

Image quality trumps all else

And it makes a difference. The good quality images have been shared more, have been used as profile pictures etc.

The others? Relegated to the bottom of a Facebook album.

The survey said pretty much the same thing. I asked people how they’d rank six elements that are common in an escape room photo. This is the final ranking:

So when you’re thinking about the post-game photo, ditch the wigs and jackets in favour of a decent camera and make sure you know how to use it. If you can do both, great! But if it comes down to one over the other, choose the camera.

Also, taking a photo using one of the player’s phones is fine and dandy. Just make sure you also take a photo yourself.

Speed of delivery was also highly desired. Many escape rooms bulk upload photos after a few days. I’ve heard some venues that take weeks to upload photos. That can dampen the momentum – after a week of waiting your players might not care all that much.

You’ll want to capitalise on your players’ excitement and allow them to share, comment on and tag their photos as quickly as possible.

There are a few services out there that cater for this – allowing photos to be uploaded and sent to players the instant the photo is taken. Buzzshot is one of the more popular services out there – let me know if there you use something else!

“Keep your players in centre frame, for Instagram, and use the extra space for theme and branding when sharing to Facebook.”

The survey asked which of these elements players like to have on the photo itself:

The vast majority wanted the venue and room name on there as the bare minimum (73% and 76% respectively).

Around half (52%) also wanted to add in their team name. Whether you do this at the time or add it in later is up to you, but having the provision to add a team name is pretty desirable.

The next result surprised me. Just over a third (37%) of people wanted their escape time on the photo e.g. 04:38 left.

Of the rooms I’ve played, only a small handful look at your play time – most have focused on the time remaining.

It’s a small matter, but it’s worth considering, given the large difference in preference here.

A tip for players – be silly

Escape room photos aren’t too dissimilar to wedding photos. It’s (usually) a one-time thing, and over time your memory of the specifics will fade. Your only real gateway into remembering the experience is the photograph.

So it makes me sad when escape room venues share their group photos and you see reel after reel of the same stock-still poses and vague smiles. And looking back at some of the earlier group photos, I’m a little disappointed that I did exactly that.

You’ve just spent almost an hour becoming an explorer, a bank robber, a time traveller. Why not bring a little of that character with you to the escape photo? Pull a face, strike a pose – do something other than the stand-still-and-look-awkward-school-photo look that you see all too often in these shots.

If you’ve not managed to escape, I get that I can be a little disappointing. But if the escape room company is worth their salt, you should have had a damn good experience regardless.

Escape room owners – you can help with this too. Theme-appropriate props and costumes, setting the photo against a backdrop that makes sense, encouraging the players to get stuck in and express themselves.

It makes for a more memorable experience. It makes for better photos. And if someone’s on the fence about your room and sees an album full of people having fun (rather than standing there with an awkward smile), it’ll hopefully tip the balance of their opinion in your favour.

What do you think?

Do you think escape room group photos are important? What do you want to see in the group photos you’re in? What’s the best group photo you’ve had taken? Share your thoughts in the comments!