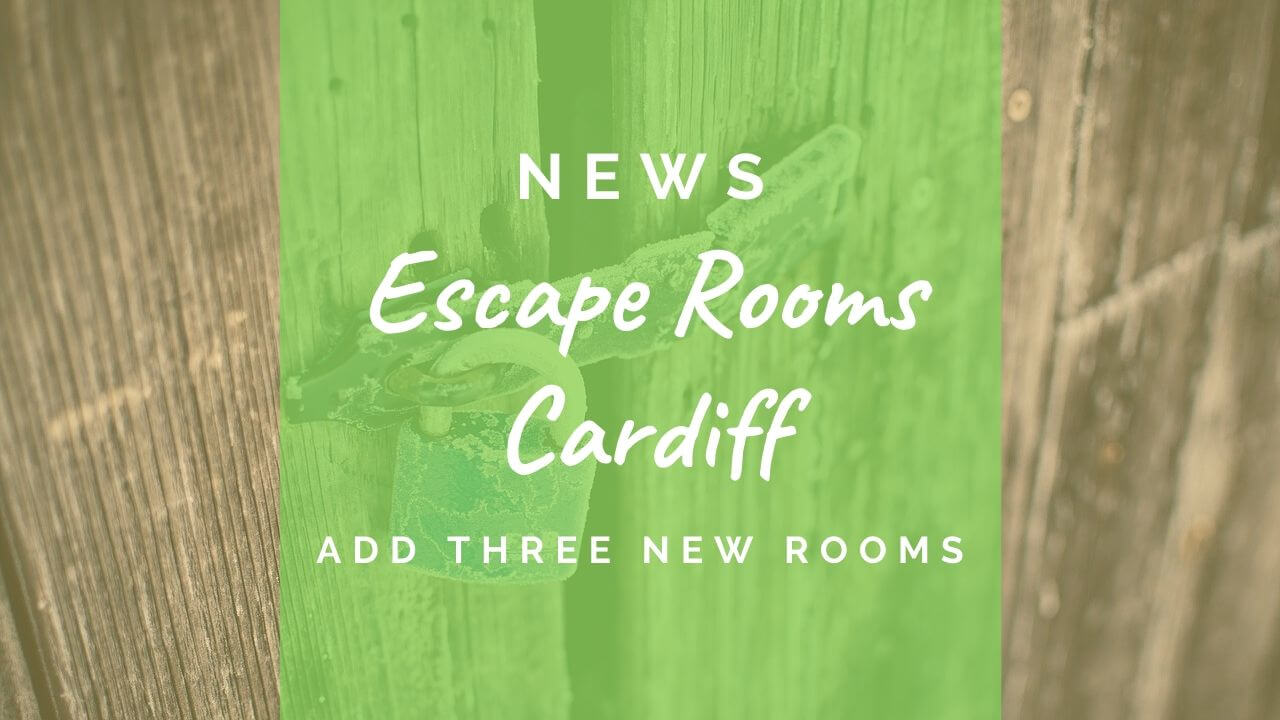 Cardiff’s best escape room is about to become one of the biggest.

It’s no secret – I bloody love Escape Rooms Cardiff. Of all the rooms I’ve played in Wales, theirs have been consistantly excellent across the board, both in their production value and the quality of their puzzles.

So I gave a nerdy squee when they announced three new rooms, doubling their venue and challening Escape Reality for the crown of Cardiff’s largest escape complex.

Here are the new rooms:

You guessed it. Zombies.

You’ve managed to locate the safe house and medical unit of a zombie hunter but he’s abandoned ship and left the bunker’s defence system down.
You have 60 minutes to get all systems back up and running otherwise:

Get into the psyche of the notorious serial killer, Oculus.

Known for his obsession with eyes and scooping out his subjects blinkers, you must search and locate his final victim before their (your) time runs out.

World domination is on the cards and it’s up to you and your team to take down the big man. This visual wonder will not leave you disappointed!

A few months back, Escape Rooms Cardiff took to Twitter to see how scary people wanted their horror-themed rooms. I believe ‘poop-your-pants scary’ came out on top. So hopefully one of these rooms will really bring the terror to Cardiff’s escape scene.

They’ve also released a series of retro-style posters for their original three games: The Tomb, Finding Sherlock and The Heist.

Are you excited for the new rooms? Have you played their original rooms? Let me know what you thought of them in the comments!