A preview of Escape Rooms Cardiff 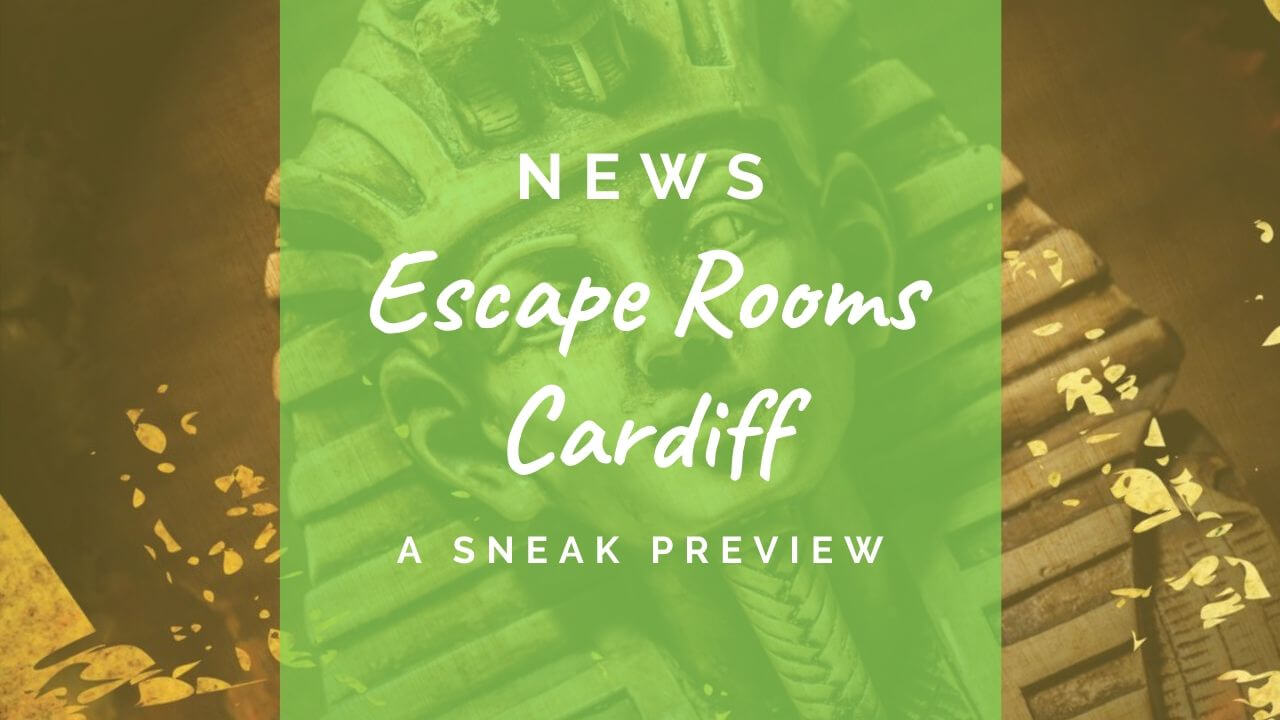 Live escape games have become the hot new thing in the Welsh capital – here’s a sneak peek inside one of them.

You and your friends are locked in a room. You have to solve a series of puzzles, clues and challenges in order to escape.

You only have 60 minutes to do this. And, oh yes, in one of these rooms you have to do it in the dark.

Sound fun? Of course it does.

Escape Rooms Cardiff is the brainchild of Calum Jones and John Lugsdin, and has introduced Cardiff to the world of live escape games.

Their three rooms – The Tomb, The Heist and Finding Sherlock, offer different levels of challenge for teams of up to five players.

I was invited to a launch event in early February where the game rooms were opened up to see the full range of puzzles involved.

Check out my review of The Tomb escape room!

The Tomb is the smallest game room, and so is best suited for a smaller team. However, the rooms is packed with puzzles that fit the Egyptian theme of the room.

“Traditional live escape rooms usually rely on combination locks or similar modern puzzles,” says co-founder Calum Jones, “but we wanted to stay true to the ancient atmosphere of The Tomb, so the puzzles here feel similar to what you might expect in an actual Egyptian tomb”.

The Tomb also contains an added twist – you’re plunged into darkness and must complete all puzzles by torchlight.

Check out my review of Finding Sherlock

A replica of a Victorian-era study, the Finding Sherlock room contains cryptic clues and puzzles befitting the great detective himself.

The walls are adorned with mysterious shrunken heads and a number of books line the large central bookcase.

As can be expected given the theme, the puzzles here seem to require more thinking outside the box. But there are a few surprises hidden within that reward your efforts.

Check out my review of The Heist

The largest and most difficult room, here you’ll see a number of familiar escape room mechanics employed alongside some quite innovative puzzles.

The unassuming museum gallery and security office masks a series of devious challenges that require co-operation above all things. Teamwork is the name of the game if you want to escape within the time limit.

The themed rooms really add a level of depth and immersion to the rooms that go beyond simple puzzle solving.

Games start from £17 per person for a team of five.