A preview of The Escape Rooms Newport 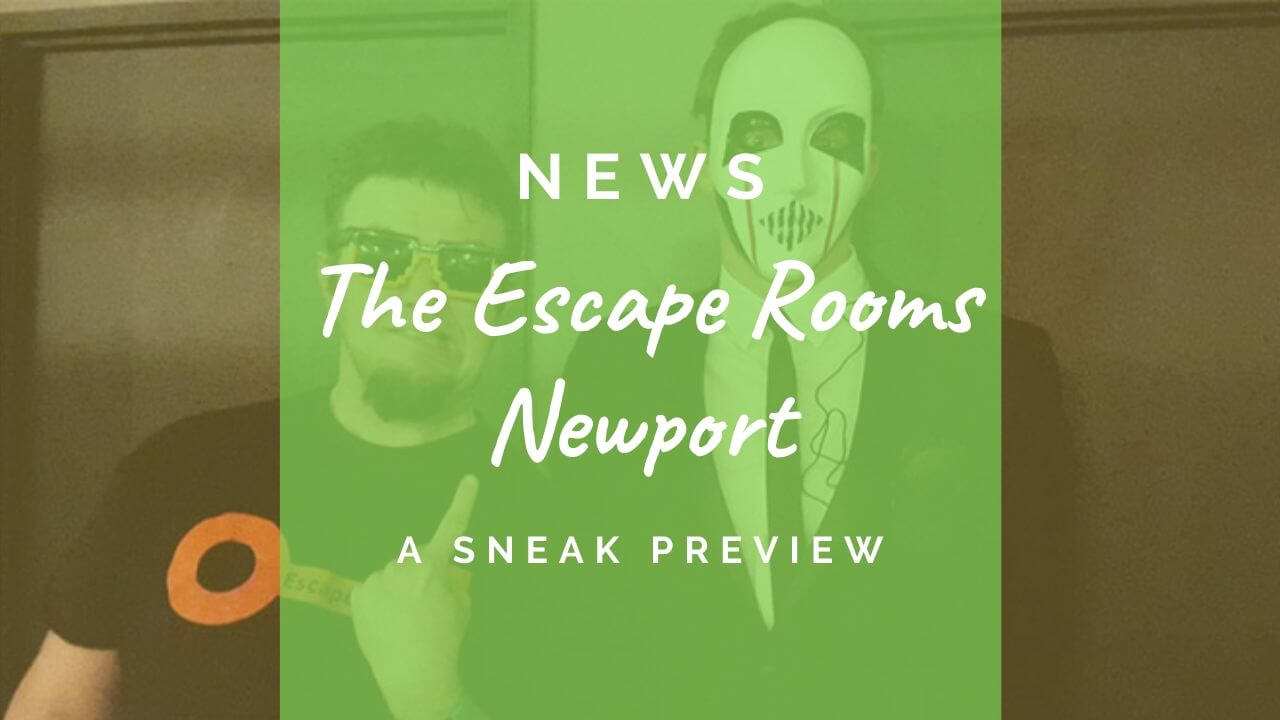 After a successful Kickstarter campaign, Newport Escape Rooms is now open to the public. Here’s a sneak peek at what to expect.

Check out my spoiler-free review of Torture Corp

Hidden beneath Newport’s historic market, the Torture Corp are waiting for you. Armed with your teammates and your wits, you must get out in one piece.

This is what’s on offer at The Escape Rooms Newport – the city’s first foray into escape room experiences.

I was lucky enough to be invited to the launch event for the venue. Here’s a sneak peek at what to expect.

Welcome to the Torture Corp

An unassuming entrance beside Newport Market leads you down a set of stairs to the converted basement area where The Escape Rooms Newport make their home.

The room was guarded by a number of sinister-looking suited figures with bloodied masks. These were the “cherubs” – part of the network of the mysterious Rise Newport art movement.

Any attempt to peek at the escape room itself was met with quick resistance from the cherubs. They wouldn’t let us spoil their secrets so soon.

The welcome area to the venue is decorated with artwork from Rise Newport and its eponymous founder John Frost. These were all installed in secret under cover of darkness – escape room owners David and Elinor have never seen their face.

“Whenever we’ve spoken to them, it’s always been via Skype. They’ve kept their face hidden and even used a modulator to disguise their voice.

“They installed all of the artwork here on the condition that they do so alone and in secret.”

A number of cryptic clues that dotted the welcome area. When deciphered,  they gave escapees access to extra benefits. There’s also a police lineup victory wall where the victors and losers alike will take their mugshots.

As the city’s first escape venue, The Escape Rooms Newport already has a lot going for it. Other guests at the event applauded the choice of location. The nearby Friar’s Walk was a boon for the city, but takes business away from nearby independent shops.

The addition of The Escape Rooms Newport away from the modern complex aims to encourage people to visit other areas of the city centre. And, given how quickly escape rooms can spring up when there’s competition, this shouldn’t be a difficult task.

What sets The Escape Rooms Newport apart from the rest, according to David and Elinor, is the attention they give to the experience itself.

Both have a background in theatre – on both sides of the stage – and they’ve used this to create an immersive, interactive-theatre-driven escape experience that goes beyond mere puzzle solving.

The juxtaposition of the “Torture Corp” room and the appearance of Rise Newport propaganda throughout the venue adds to this immersive experience before you even set foot in the room.

Given what I’ve seen so far, I can’t wait to try it out!