The Escapement – The Network 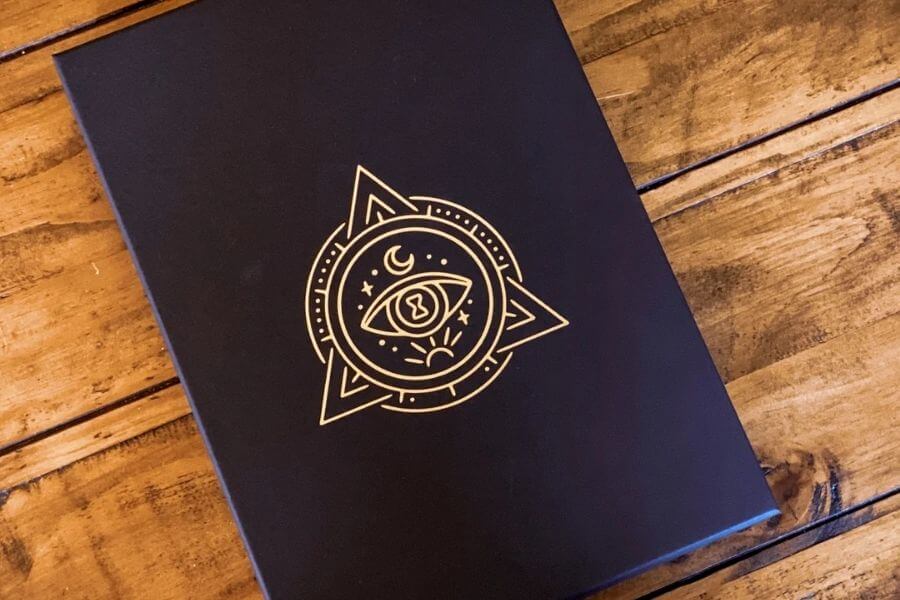 A premium game that hits the right marks, but might not be everyone’s cup of tea

There are some puzzle games that are shrouded in secrecy and mystery – so much so that you can’t even get an idea of what’s in the box.

This was The Network for me. Its all-seeing eye glaring out at me from its plain black box stuck in my brain. Luckily, I got it as a Christmas present. Was it worth the wait?

The Escapement Network has some closely guarded secrets, and some of those secrets have world-changing consequences.

Unfortunately for us we’ve been infiltrated. Some important documents about some fairly secretive secrets, regarding some overwhelmingly dangerous artificial intelligence has been leaked to an outside source.

The most noticable thing about The Network is just how polished it all is. Thick, glossy documents; real photographs, physical evidence – everything presented is exactly how I’d imagine a real case file to appear.

There’s good use of video in this game, which is both critical to the narrative and some puzzles (though one scene at the midpoint was a little difficult to understand). The centrepiece of The Network is its online interface that looks as slick and professional as the physical materials.

The Network makes good used of the remote nature of the game, having you send strike teams to certain locations while you did the ground work.

As polished as the narrative was, it didn’t grip me. I’m not one for detective stories, so I chalk this up to personal preferenccce.

One of the drawbacks to a game that was so shrouded in mystery is that I got my expectations all wrong.

I went in thinking it would be an escape room puzzle experience, but The Network leans much more towards actual detective work.

This meant we struggled for the early part of the game while our brains reconfigured to think like detectives rather than puzzlers.

There’s a decent puzzle mix that blends more traditional puzzles with what I imagine is the kind of cool detective work they do on TV.

Attention to detail is key here. We wound up using hints where we didnt really need to, just because we weren’t diving into the detail.

There were one or two puzzles that didn’t really seem to fit the narrative and made us wrinkle our noses, but by the time we got to the payoff they made more sense.

There were some satisfying a-ha moments too, the kind where you feel like you’ve just discovered a hot lead in the case.

The hint system uses a faux computer terminal where you raise ‘service tickets’ with other Network operatives to help you solve puzzles. You’re prompted to ask for more detailed clues as you go on, which was a nice touch.

We found that the system could be a little glitchy, and wouldn’t give us hints for one puzzle if we’d had hints on another puzzle. We had to ask a few times before it would actually work, especially if we closed the hints window between hints.

A polished product that may subvert your expectations, which can go either way

The Network hits all the right marks but ultimately wasn’t my cup of tea for theme or mechanics, but that’s purely down to personal preference. The game is premium quality and there’s solid sleuthing to be had. But that all-seeing eye on the box hinted at an entirely different experience to what we had.

I’d recommend this for fans of detective mystery boxes who want a hint of escape room puzzles with their experience. If you lean slightly more towards traditional puzzle solving, do a bit more research before commiting.

Image taken from The Escapement