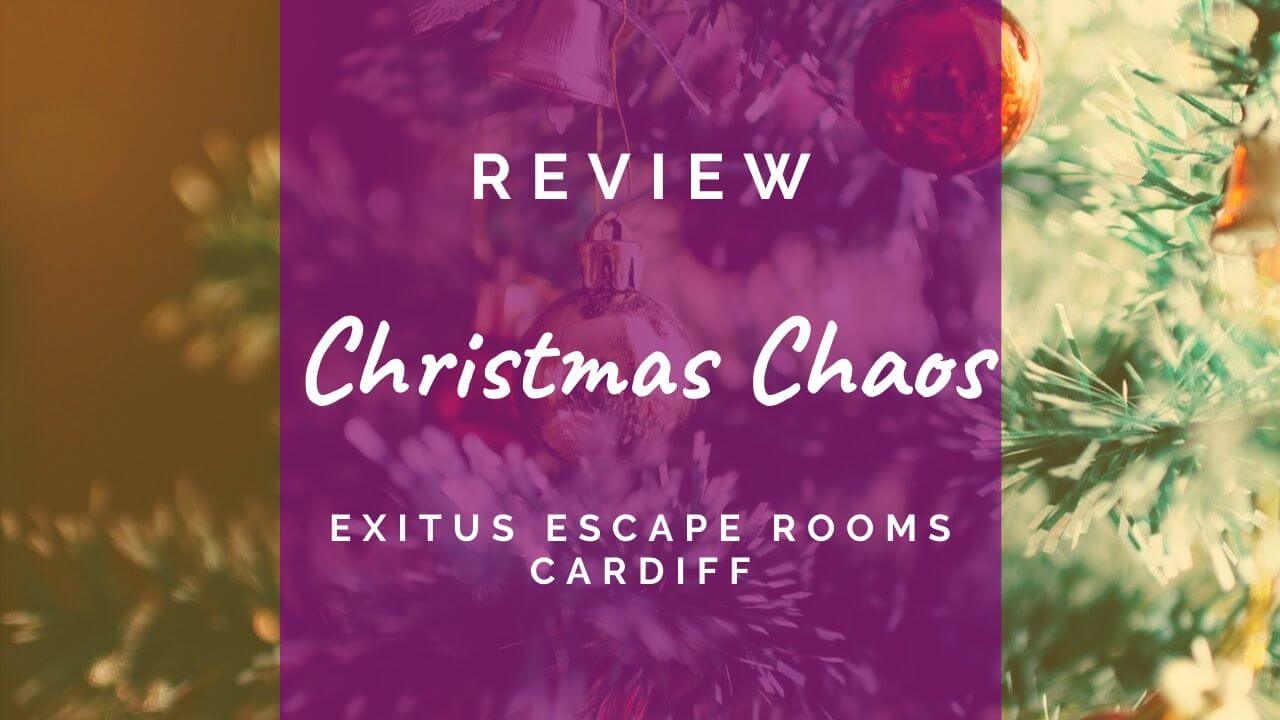 A charming and fun traditional escape experience with plenty of festive cheer.

So when Exitus Escape Rooms in Cardiff announced that they’d opened Christmas Chaos for the festive season, I was in.

With festive jumper on and a belly full of mulled cider our team headed into the Yuletide maelstrom.

The elves had a bit too much mulled wine at the Christmas Party!

They followed Santa to one of the houses and played with children’s toys, and even locked away their presents.

If you manage to get all the presents under the tree before the children wake up, you might just get a white Christmas!

It’s a family living room on the morning of Christmas, so the room is kitted out more or less how you’d expect it: Christmas tree in the corner, board games left out on the table, various bits of furniture from a certain Scandanavian hot dog vendor.

This pop-up is only a single room, and there was a good amount of space. Our team of five were able to comfortably circle the room and never get in each other’s way.

The room design was simple but solid – the furniture used was very much in keeping with the theme and was fit for purpose in using traditional locks.

The pay off at the end of the room is most satisfying, surprising and ended the game on a fun, festive note.

The use of tech in this room was light but worked well when it was used. We had a minor issue with one element but after a bit of jiggery pokery we got it working just fine.

There was nothing in this room that any of us found overly tough. I think we had a good mix of puzzlers so that one of us was able to crack something the rest of the team couldn’t figure out.

This room was very much your traditional escape room experience – locks, and lots of them. I think this is the most amount of locks I’ve seen in a room.

Puzzles were well signposted at the right times with the inclusion of notes from the elves to point us towards certain parts of the room.

There was a good mix of puzzle types here too – room searching, pattern recognition, a little bit of dexterity and some outside the box thinking.

There were a number of puzzles incorporated into traditional Christmas board games, which was most satisfying. It added a layer of complexity as we had to wrench our brains away from how we expected each game to be used and look at them another way to solve the puzzles.

Hints were delivered via walkie-talkie. We didn’t need any, though our host chimed in one one ocassion when we were taking a tad too long with one of the puzzle elements (see jiggery pokery mentioned above). This was fine – I’ve become used to the traditional screen-based hint system but this didn’t detract from the experience.

I’ve said it before, but I’ll say it again. Exitus Escape Room’s before-and-after room experience is the best I’ve experienced.

It’s never a case of ‘do the room, get out, take your picture, off you pop’. We had a good chat with our host Ceri before the game started (and much affection was given to their adorable dog!) and it made the whole experience more enjoyable overall too.

And once we’d got out, we chatted again for a bit about certain aspects of the room design and their decisions behind using certain elements.

I could and have lost track of time just hanging out there before and after doing the room. It’s a most welcoming atmosphere.

Oh boy, did we escape.

We broke out in 23 minutes and change – earning us a place on the leaderboard with the fastest escape time and blasting the previous record holders by a full five minutes!

Christmas Chaos is a charming and fun room to play. Our team of five had no real difficulties, so for seasoned escape room veterans, this might be a little too easy.

But we had a blast the ho-ho-whole way through! If you want some festive escape fun this Christmas, give this room a go before it’s gone!