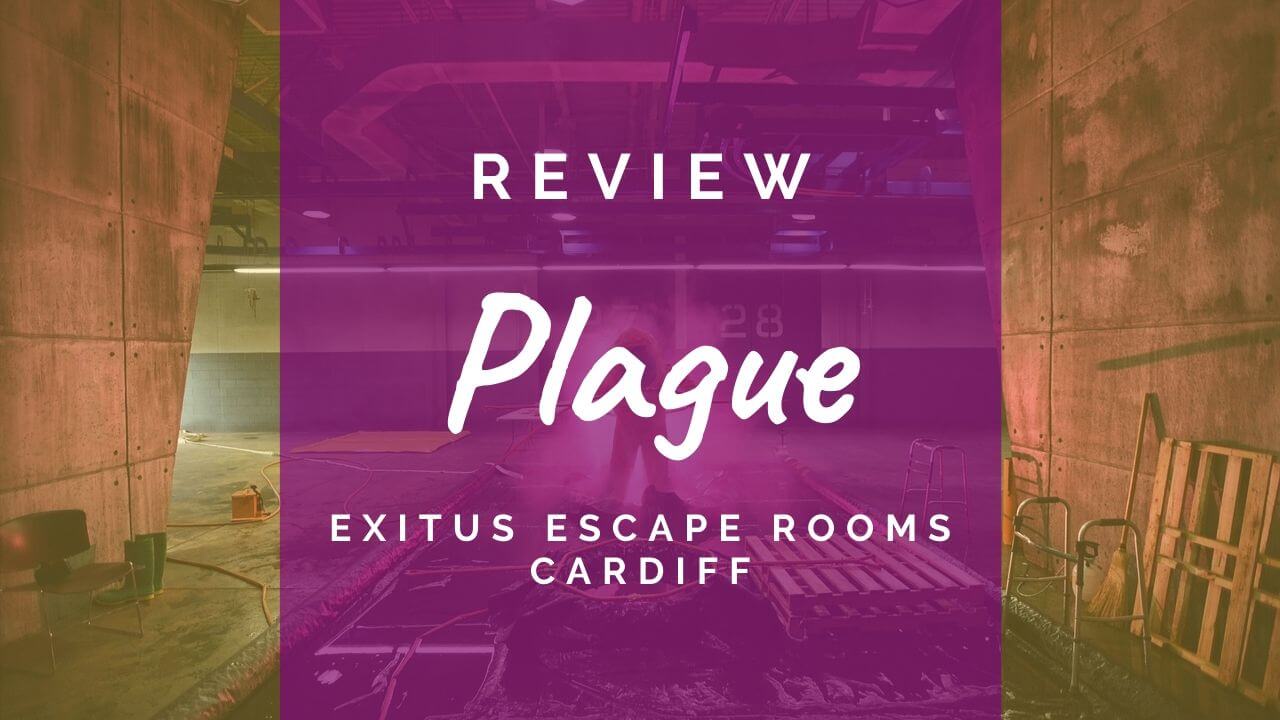 A fresh take on the viral apocalypse in a room that’s brimming with passion.

PLAGUE HAS NOW CLOSED. IN ITS PLACE IS VIRUS TINKERERS, IN COLLABORATION WITH TENOVUS CANCER CARE (check out my review!)

Exitus Escape Rooms – the latest venue to open in Cardiff – is tucked away in an unassuming part of Cardiff’s Queen Street. We had no inkling of what the room or the venue would be like beforehand, so it was with a mix of excitement and trepidation that we ascended the stairs to Exitus’s reception area.

Dr Nathaniel Wesley and his followers have decided the population has reached critical mass. They have released a deadly DNA based plague that will kill 50% of the earth’s population, and are now being held in UN custody. It’s spreading fast.

You need to work with the investigators to find out what DNA characteristics have triggered the plague to be able to release the correct cure into the atmosphere. You have 60 minutes before the infected population reaches the point of no return.

There are three rooms to Plague, with one separated by a large glass panel. This worked in keeping with the theme rather than against it, and lent itself to some interesting new dimensions in puzzle-solving.

The décor was simple but believable – you’re in the staff room of the laboratory that’s trying to stop the plague (but also the lab that started it). There were only a few bits of decoration that were extraneous – almost everything was necessary to solve the puzzles.

It was a simple yet effective theme that allowed you to get stuck in – everything worked well, though one of the more techy puzzle elements required a little jiggling to get just right.

Because of the lack of zombie theme, the stakes were a little lower than normal. There is no ‘escape’ – rather, you need to find the correct virus in order to synthesise a cure and save humanity. There were enough touches in the room for this scenario to be believable – there were also a couple of geeky references that I highly appreciated.

One extra point in Plague’s favour was its use of actors. Granted, it was our Games Master doing so to give the initial brief, but it was done in character. This is the first escape room in Wales that I’ve seen have any performance involved, and it sucked us into the story right away.

Plague is quite an analogue room in terms of its puzzles, but the methods to solving these involved some tech that I’ve never before seen in an escape room, and they all stayed true to the room’s theme.

Also, having to whittle down the list of viruses rather than just having to ‘get out’ was a refreshing change from the norm. Even after solving every puzzle, we could still get it wrong and bottle it at the very end. We didn’t (thankfully), but having that additional pressure helped to ramp up the tension.

There was one puzzle towards the end that tripped us up for a while – we knew what to do, but it involved going back over the puzzle again and again to make sure you caught everything that was presented to you. And I was one digit off for ages! Word to the wise – stay calm and you’ll be fine.

The complexity ramped up rather nicely too. We blitzed the first room in four minutes, but then got caught up on a couple of the new puzzles. There was also a kind of lock that I’d never seen before.

Our clues were given via a monitor and were always subtle enough that we’d come to the answer oursevles – it just nudged us toward a particular part of the room.

There are some subtle clues mixed in with the soundscape that plays too, but the volume between music and audio was a little imbalanced so it was difficult to make those out.

Our Games Masters – Ellie and Ben – were fantastic. They clearly had a passion for what they did and it shone both before and after our game. The added roleplay at the beginning just added to this.

Oh yes indeedy we escaped. We saved the world with 16 mins left, using three clues. We managed to finish it as a team of two, so if you’ve got some experienced escapees, a smaller team is definitely best.

Plague is a labour of love from Exitus Escape Rooms, and it shows. From the initial brief all the way through to the team photo, that passion comes through clearly in the quality of the room and in the puzzles it offers.

Plague is an excellent new addition to Cardiff’s escape scene that’s bursting with fun. The game wasn’t too challenging, but we had a whale of a time! I can’t wait to go back and try out their other rooms.