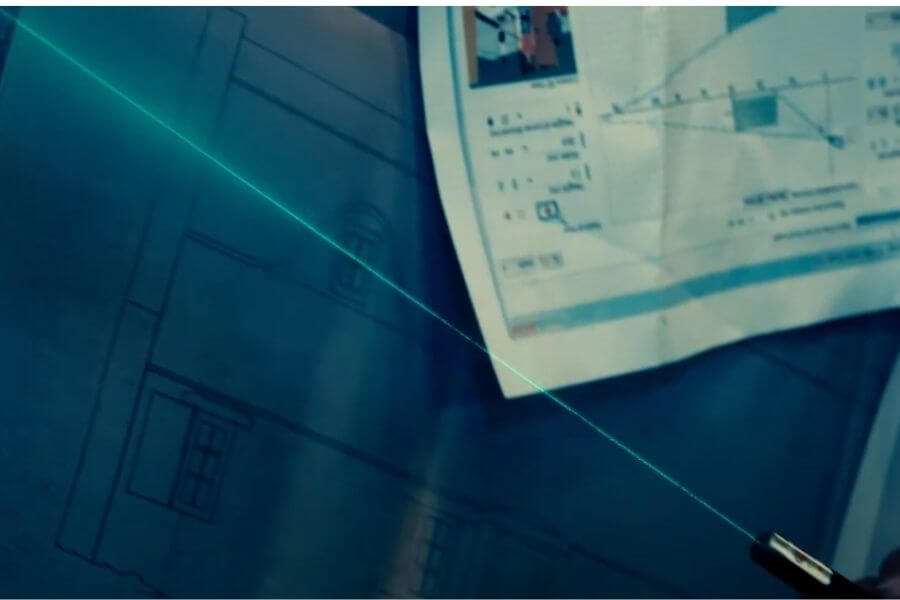 A good heist game let down by a lack of upkeep

The second part of my post-lockdown anniversary escape date (the first part being a trip to Escape Rooms Cardiff to play Finding Sherlock and The Cardiff Castle) was to finish the last room at Escape Reality. Up to this point I’d chalked up a decent win/lose ratio at Escape Reality (the two rooms I failed to escape were the result of an open bar on launch day …)

So, I ascended the elevator of destiny (Covid precautions prevented me from sauntering up the stairs … not laziness) to Escape Reality’s reception area pretty confident that my final room here would be a victory. Let’s see how long that confidence lasted.

In the heart of the most famous Art Gallery in Europe, lies the renowned group of the most expensive art collection the world has to offer.

An anonymous request communicated through the black market has placed a high reward offered to anyone who can safely retrieve the painting collection and hand it over to them. You have been hired by an elite team of renowned con artists, specialising in the high profile embezzlement.

You have broken into the gallery with the one aim – to take the painting and receive your reward. If you are caught you face being imprisoned, and all hopes of fortune will be lost.

I know I’ve been out of the game for a while, but I was a little surprised at how much space there was. It really puts the ‘room’ in escape room. Aside from a bottleneck in at the midpoint there was plenty of space for both of us to do our thing.

The Heist was originally built five years ago, and it’s definitely showing its age. A lot of the posters and other paper elements were peeling off walls (in one instance, one had disappeared, leaving blu-tack marks behind), one of the hint QR codes was missing, parts of the set were misaligned, and one lock broke apart in our hands after opening.

That being said, the rooms had all the elements you’d expect from an art heist theme. But the look and feel of the room wasn’t up to the same standard I remember from Escape Reality’s rooms.

There were some cool moments that you’d associate with a heist theme, and on the whole the tech worked pretty good.

There were a good mix of challenging puzzles here, which is Escape Reality’s forte. Expect a mix of pathfinding, maths, dexterity, matching, deciphering and searching – there’s a fair amount to get through!

Most of the puzzles weren’t too challenging, and we worked our way through them at a decent pace. One puzzle completely stumped us, and I’m kicking myself because it’s the exact same puzzle I failed to spot when we played Enigmista all those years ago.

I thought I’d learned my lesson. Shame on me.

There’s a pretty good flow through the rooms in the game. We had to revisit earlier parts of the room to retrieve items as we neared the endgame, crossing (or in my case, army crawling like an enthusiastic idiot) through the bottleneck to go between the opening and closing sections of the game.

One of the maglock boxes on the wall was already open when we entered the room, so I’ve no idea if we did the second puzzle right or not. I hope so, as without that hiccup we might never have finished he game!

Our game host was Fayth, who was friendly and energetic and great to talk to. When one puzzle was giving us grief, we pressed the staff help button and she leapt into action to assist us. By the time she arrived we’d managed to move onto the next bit, though.

Covid safety measures were in place – we went in via a different route to where we came out, and we wore our masks in all the communal areas (once we were in the room itself we were told we could take our masks off). And there was hand sanitiser available to us.

I’ve gone into this before, but don’t bother with the hint system at Escape Reality. In a moment of desperation we used a ‘hint’ on one puzzle, which knocked off 5 minutes of our time and told us exactly how to solve it rather than giving us a nudge. It’s an awful system with boilerplate hints that strips the GM of any agency to help players (and we can only assume the GMs aren’t watching us since they have no reason to if they’re not giving us hints).

One plus point for using their hint system is that you’re able to track your progress. The tablet has a failsafe that lets you select which puzzle number you’re on (in case the QR scanner doesn’t work). This clued us in to how far we’d gone in the game e.g. we were on puzzle six of 11.

Our post-game photos were uploaded to the Escape Reality website later that day along with our team name and our time.

The Heist needs some TLC. The puzzles themselves are pretty good, and are of a similar quality to what I’ve experienced in other Escape Reality rooms. But the room itself looks like it hasn’t had much love for a while, which put a bit of a dampener on our suspension of disbelief.

This room could work for larger teams of 5-6 given the size of the room, though there’d be a bottle neck at the midpoint of the game for anything larger than four people.