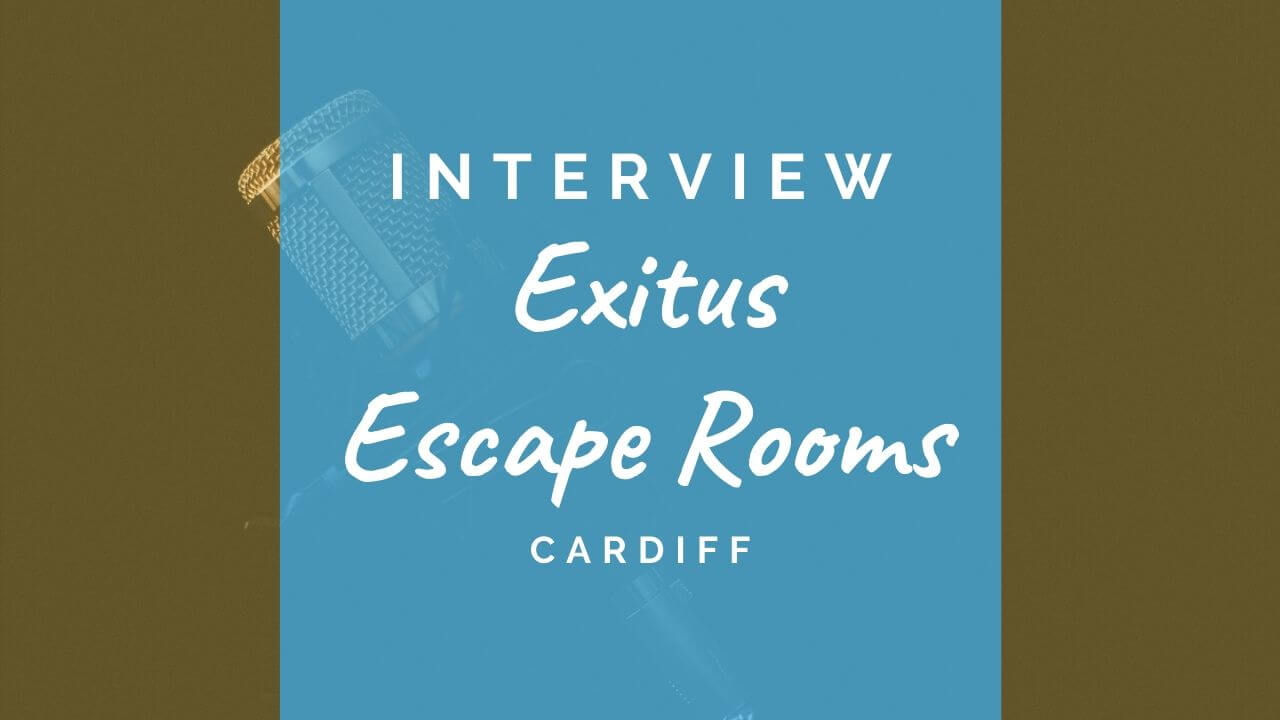 I had a chat with the owners of Exitus Escape Rooms, who share their experience in creating an escape room that’s made with passion.

I had a great deal of fun playing their Plague escape room. It was a fresh take on the traditional ‘viral outbreak’ theme with a unique set of puzzles and good build quality.

But what stuck out for me was that everything seemed to have been crafted with passion – far from seeming like it was part of a franchise, Exitus felt like it was made by people who loved making puzzles.

I caught up with Exitus’s owners and puzzlemakers to talk about how Exitus came about and how they design puzzles that can be enjoyed by everyone.

What sets Exitus apart from other escape rooms?

Exitus Escape Rooms: We’ve done quite a few escape rooms in our time and we worked in another escape room for a few years before here.

We created the kind of experience we look for as a family and as enthusiasts. We realised that nobody was creating the kinds of puzzles we wanted to see, so we decided to make them ourselves!

Everyone who works here is an escape room enthusiast, and we want to make customers feel like part of the family. We love chatting with players before and after they play each of our rooms.

We’ve done our best to make the venue as open and friendly as possible. We’ve seen some places that are very businesslike, and we wanted to shy away from that. That’s why we have an open, bright reception area, and we have a board game library for people to play between games.

Check out these reviews of rooms at Exitus Escape Rooms

When did you first get into escape rooms?

Exitus Escape Rooms: We were in Orlando on holiday and had some downtime, when we saw an offer for an escape game. We hadn’t heard about it before but decided to give it a go.

In the US they put groups together to play a room – we were teamed up with another family and we weren’t too sure about playing something with a group of strangers.

We had a blast! After we finished we went straight back in and did another room with the same group.

We’ve since played almost 100 rooms. Our gold standard for UK escape rooms is The Escapement in Margate – their room Pirates of Polaris is made from an old ship, complete with a ship’s wheel and bow.

Is there a puzzle type that you consider to be your kryptonite?

We did a room where we heard a tune and you had to press buttons in the right order and with the right time to replicate the tune. It was incredibly frustrating – we spent a good 20 minutes on that.

CHECK THIS OUT: 5 escape room puzzles everyone sucks at

You design and build these rooms yourself – how do you go from idea to fully-fledged room?

It starts off with the theme, usually. Then we draft ideas of what we’d like to see within that theme eg “I’d like to see a test tube puzzle”, in the case of Plague.

One of the most useful things we use is a flowchart, so it maps out the game from start to finish and branches out for the various puzzles and clues. Then you start going through revisions and whittling things down.

“Many escape rooms aren’t ‘finished’ until three months after they open to the public.”

The hardest things at that stage are knowing how long each puzzle is going to take, and whether the entire room is feasible within an hour.

When we first play tested Plague the teams escaped at the 90 minute mark, within a few minutes of each other.

We needed to streamline the game but we didn’t want to lose any of the puzzles. So instead we signposted them better and added in more clues.

You have to keep in mind the floor plans too. We have to look at how much space we have and how much we want to divide the floor plan to ensure there’s enough room for however many people you want in there.

Even after the room itself is built the puzzles tend to move around a lot before settling into their final locations. When we first built Plague we realised that people would finish the first portion of the game quickly and never go back to that part of the room, which seemed like a bit of a waste.

The final thing is playtesting. No matter how much time you give a room for testing, it’s never enough. You’ll always be testing. It’s all well and good having friends and family coming in, but there’s not the same broad spectrum of experience and ability that you get from the general public.

Many escape rooms aren’t ‘finished’ until three months after they open to the public.

You need to constantly update the rooms based on how people interact with it – cutting text for quicker reading or making puzzles more robust and less breakable, You’ll quickly realise things aren’t as durable as you thought!

And finally, if you could play or design an escape room based on any part of pop culture, what would it be?

When we were at at ERIC (Escape Room Industry Conference), one of the seminars talked about working with existing IPs, and they mentioned having built a Lara Croft themed room for Google.

They used Google devices and built the shell of an old radio around it to give it an authentic feel. The production quality was impressive, using set pieces from the Tomb Raider movie.

So something from the Tomb Raider franchise would make for an excellent escape game.