Monsters in the Wild – Enigma Fellowship 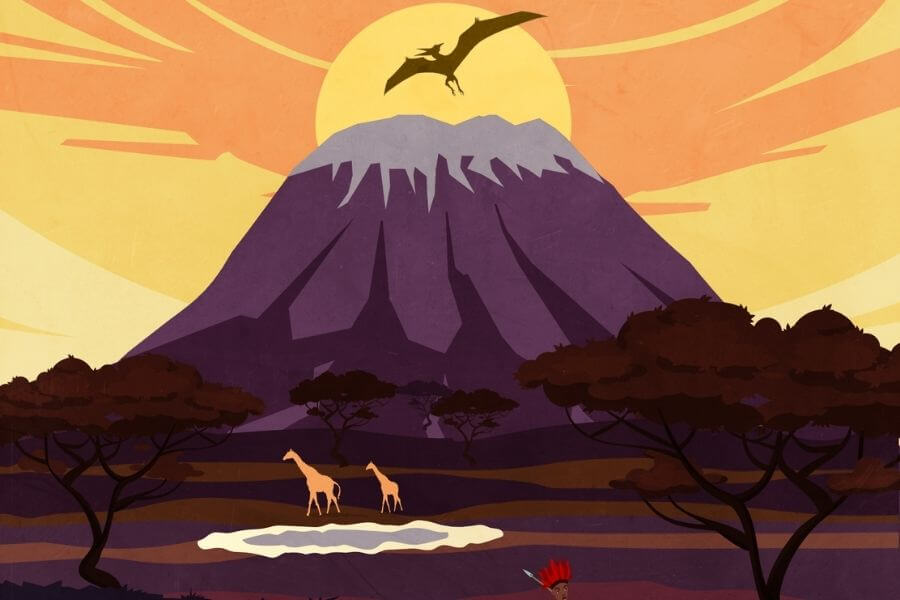 A fun, ground game with a plethora of interesting puzzles.

I’m a big fan of cryptids.

When I was a kid I had a book called Creatures from Elsewhere – a cryptid encyclopedia that covered everything from mermaids and werewolves to Mothman and the Jersey Devil.

It creeped me the hell out, but I found it fascinating.

So I was particularly intrigued by Monsters in the Wild – the fourth game from Enigma Fellowship. I had fun with their previous installments – The Lost Knowledge, The Scattered Cards and The Submerged Sentinel, and I hoped the addition of a cryptid would only add to that.

BUY MONSTERS IN THE WILD

The Kongamato, a monstrous Pterodactyl like creature unknown to science has been terrorising the Serengeti region of Tanzania.

Wild animal disappearances, silhouettes above villages in the dark and glowing red eyes are just a few of the reports from the local Maasai tribes.

Can you help the local rangers find this mysterious avian terror and solve the enigma of these monsters in the wild?

Monsters in the Wild is (as far as I’m aware) a puzzle game first – an in-universe crossover!

Enigma Fellowship teamed up with Crack-A-Nut Mysteries to feature their S.O.U.P agency within the world of Monsters in the Wild.

I’ve not yet played S.O.U.P, so I can’t comment on how integrated into the game the world was. There was one main component that came from the desk of S.O.U.P, as it were, and provided good worldbuilding.

There’s a lot of material in this game, too. Enigma Fellowship‘s nested doll approach to gating their puzzles means that you’re never quite aware of just how much material you’re going to get.

But it’s pleasantly similar to a magicial who keeps pulling scarves out of their sleeves. We were excited to devle progressively deeper into the game with each gate we opened.

I was impressed by how grounded the story was, and has become a solid feature of Enigma Fellowship‘s games. You can tell that a hell of a lot of research went into making this game feel real, using real cultural motifs to power their puzzle design. I even learned a thing or two!

One thing that wasn’t my cup of tea was the reliance on narration to drive the game’s story. There was nothing wrong with it in itself, but for us it slowed down our pacing while we waited for the narration to unfold between puzzles. We’re not talking loads of narration, either – 2 minutes per envelope – we’re just impatient puzzlers!

As with previous games, Monsters in the Wild was entirely paper based to reduce environmental impact. There were a few really high quality components to show off the production value, with a couple of other surprises added in during the game.

There’s a wide variety of puzzles in this game.

There were some really cool elements to the game that made us feel like real investigators doing experiments and analysis.

The primary theme of the game takes a turn around the halfway mark, and the puzzles follow suit. We were rarely doing something for the sake of it, and almost everything fit in with the narrative.

There was one puzzle that didn’t really make sense within the context of the world, and it was kind of explained away with a single line in the debrief. It was a little jarring, both in narrative and aesthetic.

What I really liked was that we wound up revisiting a lot of game materials for future puzzles, making full use of the materials and creating this sprawlinf mess of game components.

The puzzles were of suitable difficulty for our team of two. We ended using a couple of hints but nothing that would have spoon fed us the answer.

Enigma Fellowship is an incredibly conscious company when it comes to social responsibility.

All games are paper based to reduce waste and promote recycling, and they plant a tree for every game sold.

They’ve also introduced a library card system to their games. When you’ve played it, put your name and location on the back of the game envelope and send it to a friend to play. Once the game has had five groups play, everyone on the list gets a discount on a future game. This is to encourage replayability and reduce waste even furhter.

They’ve also supported some good causes with the game, which become apparent as the story progresses.

Something that Enigma Fellowship does that I’d love to see elsewhere (and something I’d like to start doing with my own puzzle design) is a behind-the-scenes debrief. Successful players are given an inside look into how the puzzles and narrative were formed, and they’re always a fascinating read.

Monsters in the Wild is a fun, grounded game with a plethora of interesting puzzles and an exciting narrative with plenty of twists and turns. It’s a bit more accessible than The Submerged Sentinel, and would be perfectly suited to first-time players of Enigma Fellowship games.

Monsters in the Wild
Designed by Orsi and Anuj Sehgal
Cost: $22 (convert to GBP)
Duration: 120 minutes
Requirements: Notepad and pen, phone or tablet with access to the Internet

BUY MONSTERS IN THE WILD