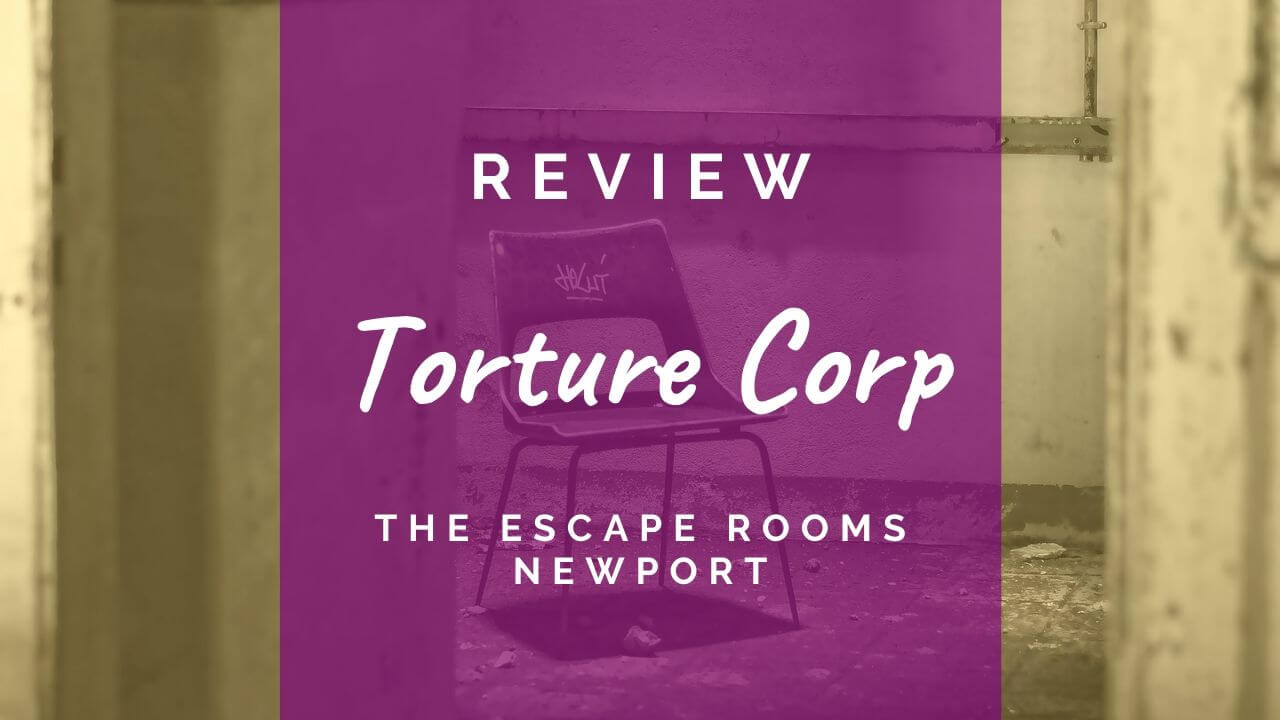 Newport’s first escape room has you playing the game before you even enter the room.

I was more than a little excited to try out Torture Corp at The Escape Rooms Newport. After chatting to the designers at their preview event, and reading the glowing reviews from other escapees, I couldn’t wait to give it a whirl.

Does it live up to the hype?

The theatrics begin within hours of you booking your room. This was completely unexpected, but a great surprise.

Without giving too much away, my advice to anyone who books this room is: play along. It makes things even better when you enter the room. There are elements that were completely unique to my game, which was awesome, if a touch unnerving.

The room itself isn’t too flashy with its décor. This keeps it firmly grounded in reality given your imprisonment and impending interrogation.

My first thought going in was that it seemed a little bare, but that’s largely because I’m used to rooms that tend to throw in too much decoration. Everything in the room served a purpose – even the less puzzle-specific elements allow you to go deeper into the story.

I felt that more could have been done with the second room – there were some intriguing elements that looked like they aided the story but my time in there was quite fleeting as the lion’s share of the puzzles were in the first room.

Although it’s not a horror-themed room, you get this sense of creeping dread as you progress through the story. You start to feel the adrenaline come on that’s not entirely related to the timer.

Torture Corp is one of the more low-tech rooms I’ve played, and that is very much to its credit. Everything operates as you’d expect it to in a real-world setting.

Torture Corps largely sticks to one puzzle type throughout, but it doesn’t feel samey. A mix of searching, keen observation and engaging with the story are what’ll help you to escape in time.

There was one point in the game where we hit a wall and couldn’t figure out what next, despite having “fully searched” the room.

As it turned out, we’d dismissed an element as inconsequential at the start of the game and covered it over. Once the penny dropped (after several hints later), we realised we made a huge rookie mistake.

The hint system of Torture Corp is hands-down the best I’ve experienced in an escape room. Forget your standard “clues on a screen” stuff – Torture Corp helps you out without breaking the illusion or pulling you away from the story. Other escape room designers take note.

A great blend of puzzle-solving and storytelling

Sadly, we didn’t escape. We were one puzzle away from getting out (and we were so damn close too). I think if we’d had a third person we’d have escaped in decent time.

Despite our failure to get out, I wouldn’t say that Torture Corps is a difficult room – most of the setbacks would be down to lack of observation from the team (eg me).

Designers David and Ellie said their theatrical backgrounds formed an important part of the game experience, and they were right. Torture Corp is one of the most immersive games I’ve played, and it sets the gold standard in terms of how storytelling can enhance an escape room experience. The fact that the game begins before you’ve even entered the room is a unique and welcome touch.

I highly recommend Torture Corp for those who like the thematic and narrative side of escape rooms. You’ll have a blast!

Torture Corp at The Escape Rooms Newport caters for teams of 2-6, though I would recommend 3-4 people. You can book the room from £11.50 per person.