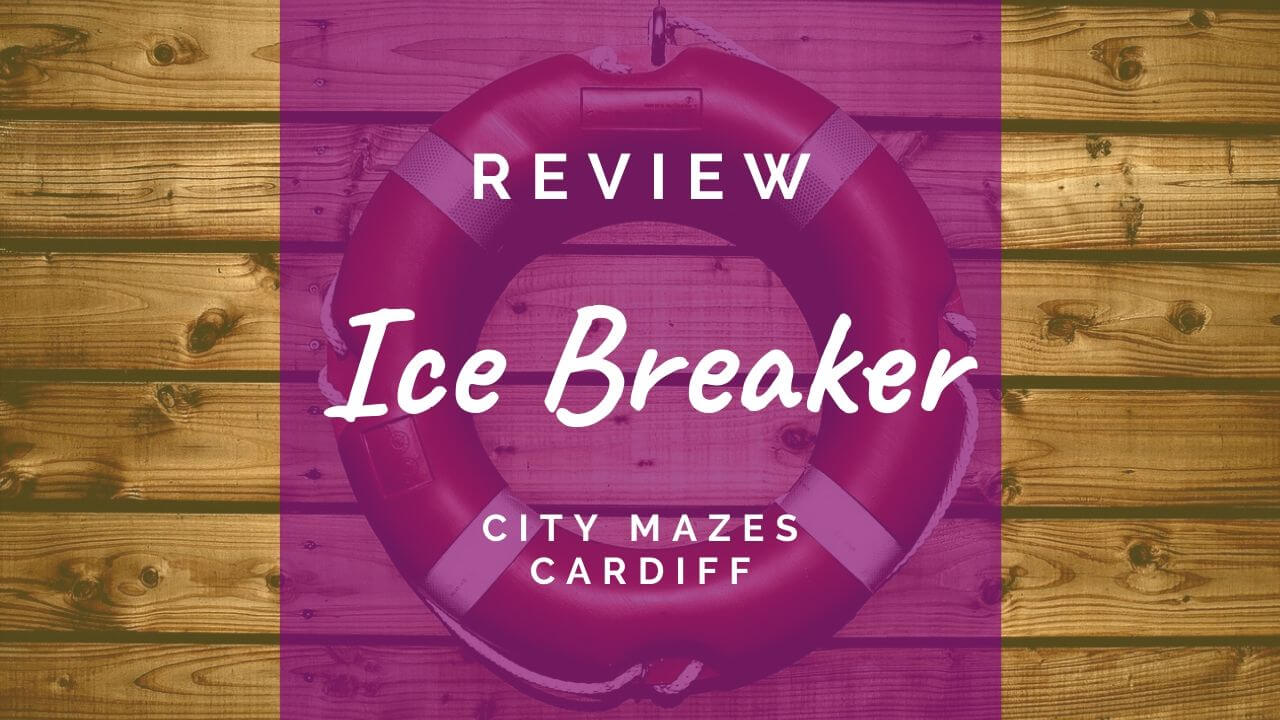 The iceberg has hit, the ship is sinking and the clock is ticking. Go! This ship has some substance but no style.

It was with great trepidation that I went into Ice Breaker. I’d had a pretty poor experience in the Bamboozled room, and I’d signed myself up for two City Mazes rooms in a row!

The iceberg has hit, the ship is sinking and the clock is ticking. Go!

As with previous games at City Mazes, there’s no detracting from the fact that you’re in a warehouse with added furniture.

The room is in three sections; a first-class and third-class cabin, split by a corridor.

However, other than the presence of a piano (and a bigger room in general), there’s little to distinguish between the two cabins.

Usually with an escape room, non-game elements are either hidden or have stickers attached to indicate they’re not part of the game. Ice Breaker had a number of light/electrical switches visible that were left over as part of the original building. One of the rooms even had old fire exit still visible.

This is a common feature in City Mazes rooms – sparse decoration that doesn’t immerse you.

The soundtrack used 50s-era tunes like Beyond the Sea to add flavour, which set my Bioshock-induced hackles rising. That I appreciated, as many escape rooms don’t bother with any kind of soundtrack.

There were a lot of keys involved with Ice Breaker. This would have been a bore, but they all had an innovative secondary purpose, which was a nice touch.

The word-based puzzles were poorly maintained – some letters weren’t clearly written so we wasted time trying to figure out the solutions by deduction alone.

The third-class cabin contained a single puzzle that was solved within a minute. We never went back to that room, which seemed like a bit of wasted potential.

There were four of us in the game. For some portions, one of our number didn’t have a great deal to do and was designated “torch-shiner”. For that reason I’d say this room is probably better suited to three people.

The hint system of City Mazes is basic – you chime in on a walkie-talkie with what you’re stuck on, and you’ll get a verbal hint or solution. It does the job, but definitely pulls you away from the room’s immersion.

We escaped Ice Breaker with 8 minutes left, and had a few hints. Given my previous experience in a City Mazes room, I was pleasantly surprised that I had fun.

Ice Breaker has some clever uses for puzzles as well as tried-and-tested mechanics, but it’s brought down by its uninspiring production and lack of immersion.

I’d say if you’ve done a number of escape rooms already, this will fall below your standards. However, it might be a nice intro for someone completely new to the hobby.

Have you played Ice Breaker? Did you escape? Tell me about your experience in the comments!﻿