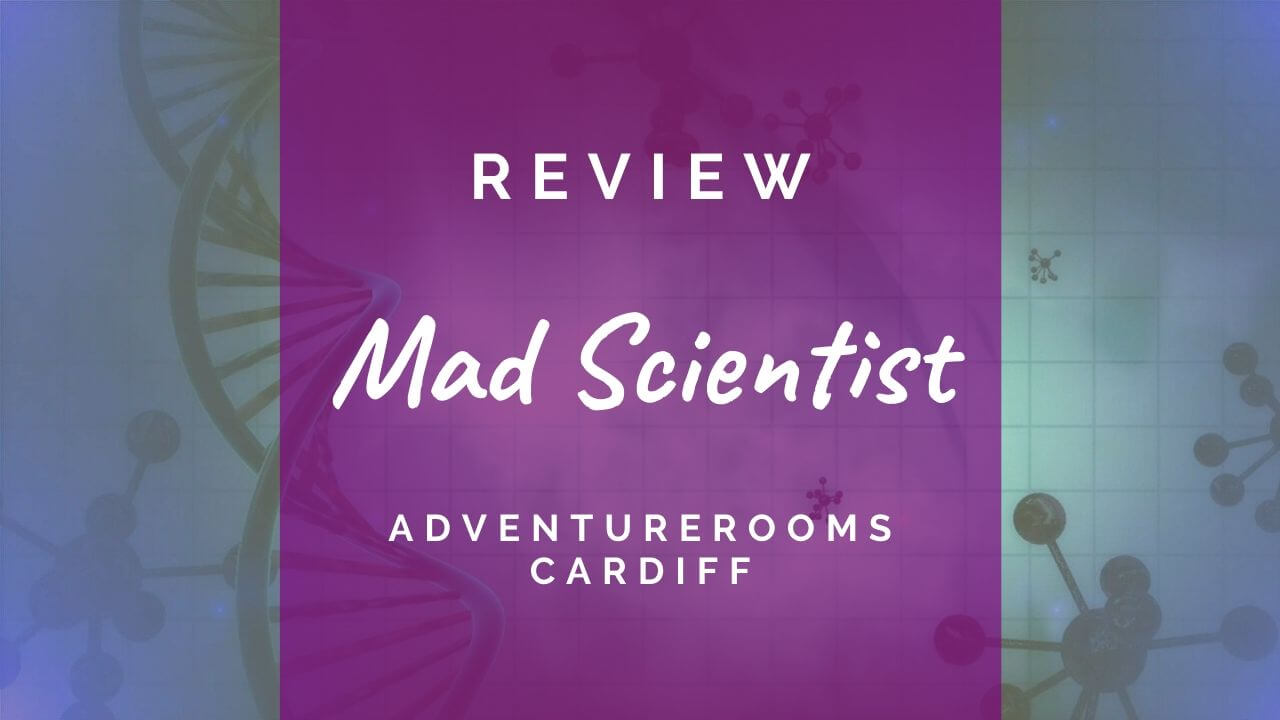 You find yourself trapped in their lair of the titular Mad Scientist. Will your puzzle-solving skills be enough to escape their nefarious schemes?

I had a vendetta against The Mad Scientist. Back when they first opened, they held a 10-minute taster session.

I went there. I made the attempt. I failed miserably.

Granted, I was a newbie to escape rooms, and I was attempting the room solo. But still *shakes fist*.

So when my birthday rolled around, I thought it was high time to have a second attempt at the room.

The Mad Scientist: Theme and immersion

This game is also known as The Original Swiss escape room. The Mad Scientist is a catchier name, but the overall theme didn’t lend itself too well to that of a mad scientist.

The decoration was largely incongruous to what you’d expect in the lair of a mad scientist. The first room contained a random selection of toys rather than scientific equipment, and one of the puzzle elements made no sense in the context of a scientist’s lab.

There were flashes of theme dotted around, largely concentrated in the second room. There was an opportunity to dress up, which is always welcome in an escape room.

My one bugbear was with the soundtrack. The tracks were quite short and you noticed whenever each track changed. Having a single soundtrack that spanned the full 60 minutes would have helped to keep the theme consistent.

The Mad Scientist: Puzzles and hints

The Mad Scientist has one of the greatest variety of puzzles I’ve seen in an escape room. The room had a number of traditional padlocks and combination locks, for sure. But the methods of getting those combinations were quite different and, in many cases, inspired.

One thing that The Mad Scientist excels in is its use of tech – not in the puzzles themselves, but as instruments to solve the puzzles. There was one moment in particular where, armed with a white lab coat and a particular device, you feel a little like a Ghostbuster.

There are no massive leaps of logic to the puzzles. Everything can be deduced from common sense (not usually my strong point). A number of puzzles, particularly in the first room, are fiendishly clever in their simplicity, as we escapees have a tendency to overthink things.

We didn’t use any hints for this room (#humblebrag), but from previous experience the hint system has worked fine. Chatting to the games master afterwards, he said that each stage of the escape room has a three-tier hint system that’s image based more than just words on a screen.

This has the added bonus of being independent of language, and lets you figure out the meaning of the clue yourself.

A cracking combination of puzzles

We managed to escape The Mad Scientist with zero hints and 15:10 left on the clock. I have been redeemed from my previous failure.

We really enjoyed The Mad Scientist. While it’s decoration is just fine, it doesn’t pull you in with immersion. But it was a joy to play, with a great variety of puzzles that I’ve not seen elsewhere.

The Mad Scientist is a great room to serve as an introduction to the escape experience. Veteran players may find it a little too easy, however – for an added challenge the more experienced players should attempt this solo.

Have you attempted The Mad Scientist? Let me know in the comments!