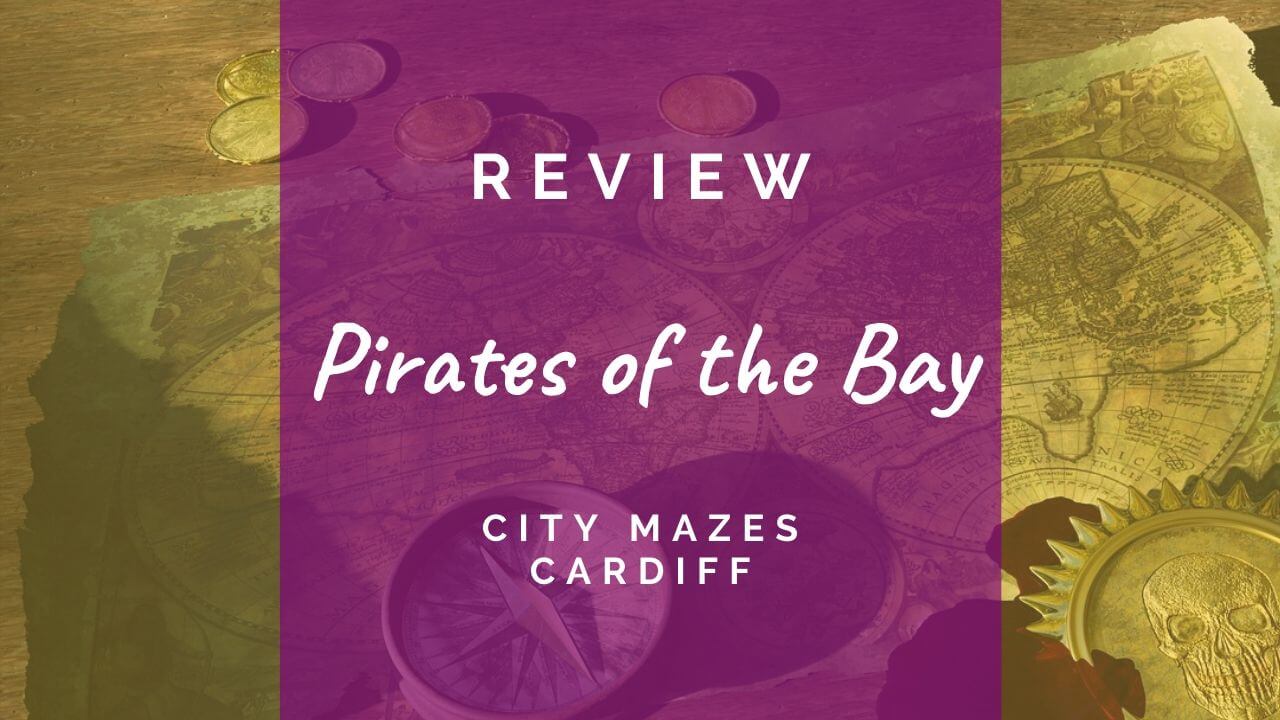 Yo ho ho and a room full of puzzles! This fourth-generation room is a step in the right direction for City Mazes.

For those that don’t know, a 4th-generation room is one that uses almost exclusively-electronic puzzles and locks. No padlocks, no combination locks, no key codes.

This sounds great, but has the potential to go south quite fast. As was the case when I tried Bamboozled.

However, I couldn’t pass on an escape room that had a Goonies flavour to it.

Pirates of the Bay is the best decorated of all the rooms in City Mazes.

They sell the pirate ship theme well, and while it’s one of their smaller rooms, it’s choc full of nautical decor.

In terms of visual spectacle, the fourth-gen elements were great. Lights and sounds were activated when you placed certain objects in certain spots on a table, adding to the room’s theme.

The quality of the props was also the highest I’ve seen in a City Mazes escape room. Rather than a mishmash of hastliy-put-together items, it felt like a fair amount of care and attention went into the build quality of this room.

The use of technology was impressive, and everything worked as it should (some others have had bad experiences with the tech not working at all).

The main issue with these kinds of rooms is that there’s no logical progression for the puzzles, and no indication that what you’ve done has worked.

Whereas a lock will open if you get the right combination, these puzzles had no audible or visual indication in many cases that the puzzle had been solved. This led to us making multiple attempts on a puzzle we’d already solved.

In some cases, the puzzles didn’t work or you had to place a puzzle element just so in order to activate it. The lack of indication of success of failure meant that you didn’t know if a puzzle element wasn’t working or if you had the answer wrong.

The puzzle progression was good – smaller puzzles are solved to gather pieces that are then used to solve the big puzzle at the end.

There seemed to be a clear distinction between the main room and the smaller ante-room is that the lion’s share of ‘high-tech’ puzzles was in the main room. The ante-room mostly housed a single puzzle that was much more what you’d expect from a traditional escape room.

We escaped Pirates of the Bay with 15 minutes to spare – we also used a fair few hints to bring us to success.

Pirates of the Bay is a step in the right direction, and shows potential for these kinds of games – it’s also City Mazes best-decorated room, which should never be underestimated when looking at the overall experience.

However, a little more is needed from a user experience point of view to give the same experience as a traditional escape room.

After two attempts at a fourth-generation room, I’m still not convinced that it deserves to  be the mainstay of escape rooms just yet. It may be that you need high production values to pull off such a feat, but for rooms like these I’d still prefer the four-digit combination lock.

Have you played Pirates of the Bay? What did you think of it? Tell me about your experience in the comments!