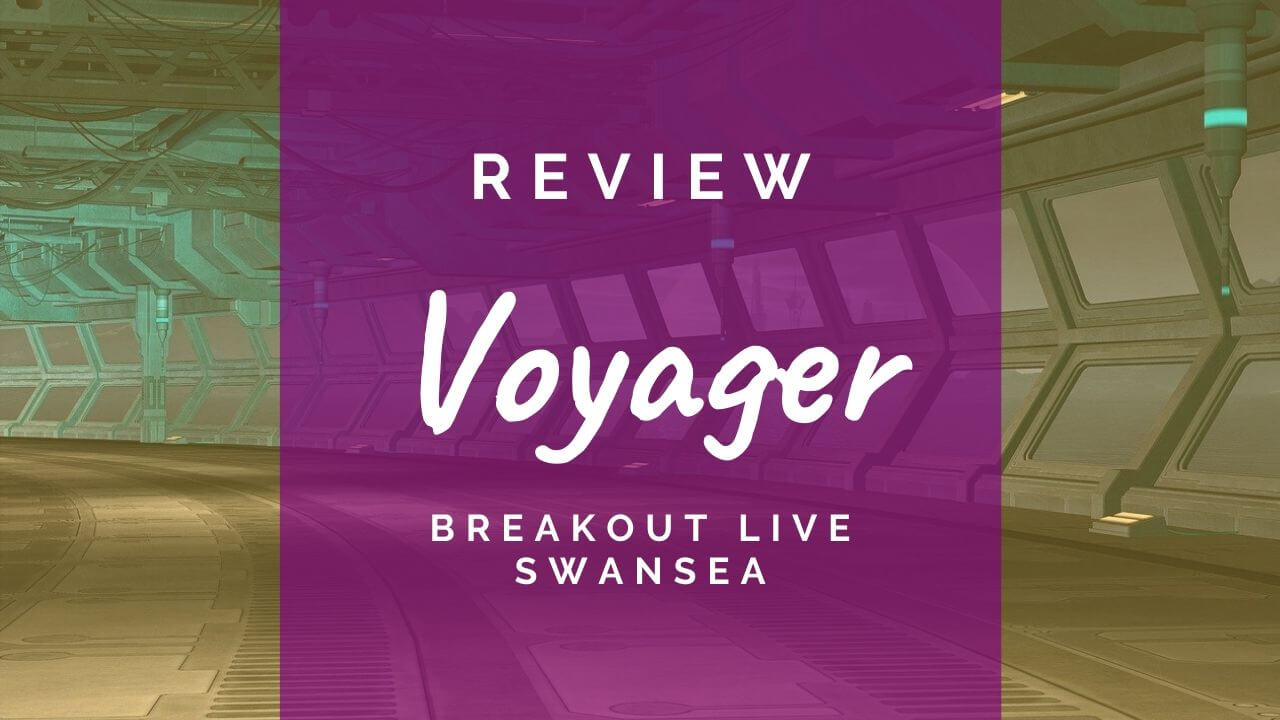 The Voyager spacecraft was travelling to a new homeland when its systems malfunctioned. You come out of hibernation and face being stuck on the ship for eternity.

You must prove that you are human to enter the cockpit and turn the ship around.

My first jaunt into West Wales’s escape scene was a double feature at Breakout Live. With the victory from Mumbles Bunker still ringing in our ears, we took off our shoes and entered the Voyager.

From the moment we were locked in, we knew that this room wouldn’t be as immersive as Mumbles Bunker.

There were circuit boards and other small decorative elements stuck to the wall to make it ‘look spacey’, which came off as kind of tacky. The room had the clinical whiteness that you’d associate with the likes of Star Trek, though everything seemed a little cobbled together – a bit more Red Dwarf

Many elements of the tech didn’t work properly (though we were made aware of this before the game had started) and we were able to open one of the ‘locked’ doors way ahead of time.

The ship’s computer also served as our hint system, where the games master would offer sarcasm-laden clues (think Holly from Red Dwarf). This was a nice touch.

Check out these other reviews of rooms at Breakout Live

The first half of the room was largely a series of skill-based tasks rather than any kind of puzzle – trivia, dexterity and a little luck more than anything else. It was more Crystal Maze than what you’d expect in an escape room.

The second half was more in keeping with what you’d expect in terms of progression and that’s what had us stumped for a lot of our time.

At one point in the first half of the room, we solved a puzzle only to have the door of the escape room open, the games master throw a set of keys in, and the door close again. I’m not sure if this was because that part of the room was faulty or if this was a genuine part of the room’s progression. Either way, it was pretty poor form.

One of the puzzle elements we were told would randomly go off and we were to ignore it ‘until the right moment’.

We escaped Voyager with 16 minutes to spare.

On the whole, the room design felt rushed – an attempt at making fourth-generation puzzles but without much polish. A number of the technical elements didn’t work as they should have, which let it down.

It’s one of those rooms that you think was fun when you leave the room, but the more you think about it, the more dissapointed you are in it.

It’s less a puzzle room and more a crystal-maze-style room. If you’re into that, then go for it. If you like your escape fare a little more traditional and with a bit more polish, I’d suggest going with Mumbles Bunker instead.

Have you tried out Voyager? What did you think of it? Let me know in the comments!