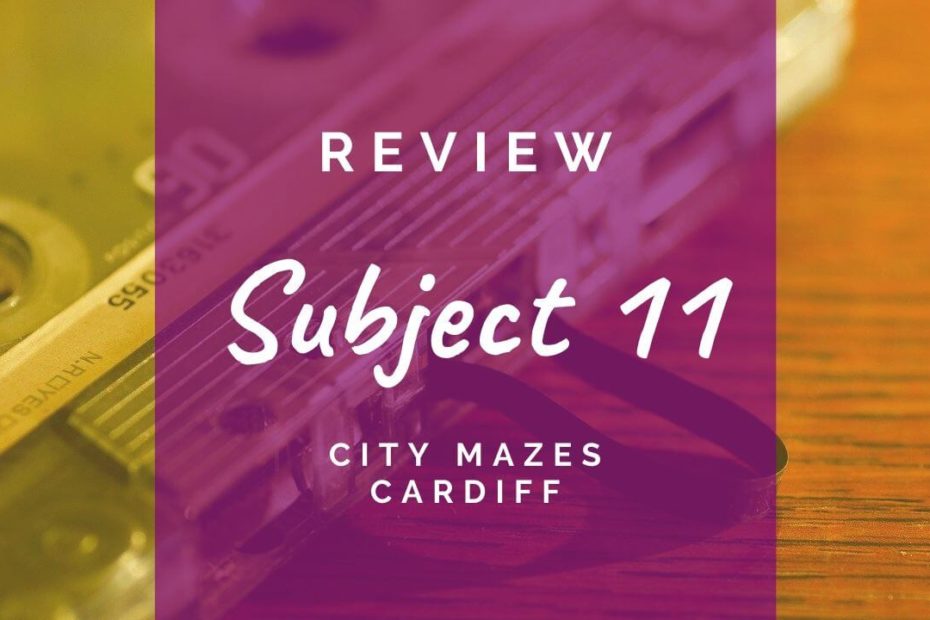 A lack of challenging puzzles and uninspired decor make this room fall short.

I’ve not had the best experience with City Mazes rooms in the past.

So when I heard that the entire thing was moving to a new venue – and with new rooms to boot – I was intrigued.

Have the flaws from their previous venue been addressed? Not quite.

It’s a small game with two rooms – our team of two frequently got in one another’s way too.

The opening room works as an 80s living room, with nothing really out of the ordinary. One of the decorations was a piece of merchandise from the show that referenced one of the characters. Although this was a nice meta-nod to the show, it lessened the immersion.

One of the locks looked like it had been brought over from their previous venue – it had obviously been used a lot and was quite stiff to use.

The second room was pretty bare in terms of decoration, and was little more than black-painted walls and a few lockboxes.

At one point we had UV torches and needed to scour the room. Problem was, the torches either had low batteries or just weren’t powerful enough as we had to get right up to the wall to see anything.

All solutions were well signposted and we didn’t really struggle during the game.

The final puzzle quickly became a task – we quickly knew what we had to do but it became laborious to go through each element, remember the corresponding part of the final code and then try it at the door – the sketchy UV torches also added to it. This led to it becoming a chore and took away the achievement when we finally got it right.

At one point we decided to call in a hint, but as the GM entered the room we moved a piece of decoration to reveal the answer we’d needed to find.

And speaking of the hint system.

If you’re stuck, you press a buzzer on the wall. The GM will then enter to ask where you’re stuck and offer a hint.

This is likely the worst kind of hint system for an escape room – not only does it break immersion, but it showed that we weren’t being watched by the GM at all (I’m not even sure if there were cameras in the room to watch us anyway).

Given that the camera / screen combination has become a staple for escape rooms, this seemed a little lazy.

Our GM was very friendly and was clearly passionate about the room – she was great.

The City Mazes rooms have been moved to a new venue – Play at Pins in the centre of Cardiff.

The complex is a mixture of bowling alley, retro arcade, bar and escape rooms.

We arrived while there was an office party at the bowling alley, so the hosts were initially scrambling to take bar orders before they could see to us.

We only had our post-escape room photo taken after we’d asked if we could have one. It doesn’t seem like this is the norm here anymore.

A word of caution to those tempted to visit the venue – many of the posts put out on social media by the venue seemingly showcase aspects of the complex that don’t exist, showing photos of skeeball or basketball hoops arcade machines.

These are just stock images. I went in thinking there’d be a large retro arcade with various machines. What you get is two arcade cabinets and a pinball machine.

We smashed it and got out with 31 minutes to spare. We were apparently a few seconds shy of the record, but hey, a break out in under half an hour is still a damn good achievement.

I can’t see a team larger than 2-3 people even fitting in this room, let alone having enough for each player to do.

City Mazes haven’t learned from the flaws in their rooms at the previous venue. Actually now, the escape experience now seems tacked onto the rest of the Play at Pins complex as a means of drawing in the stag and hen crowd.

The Subject 11 room was just on the wrong side of okay for me. It’s inoffensive, but lacked much in the way of a challenging experience and was quite uninspired given the subject matter.

As I’ve made it my mission to play all the rooms in South Wales by the end of 2020, I will play the other rooms at City Mazes. But I’ll likely leave them until the very last.