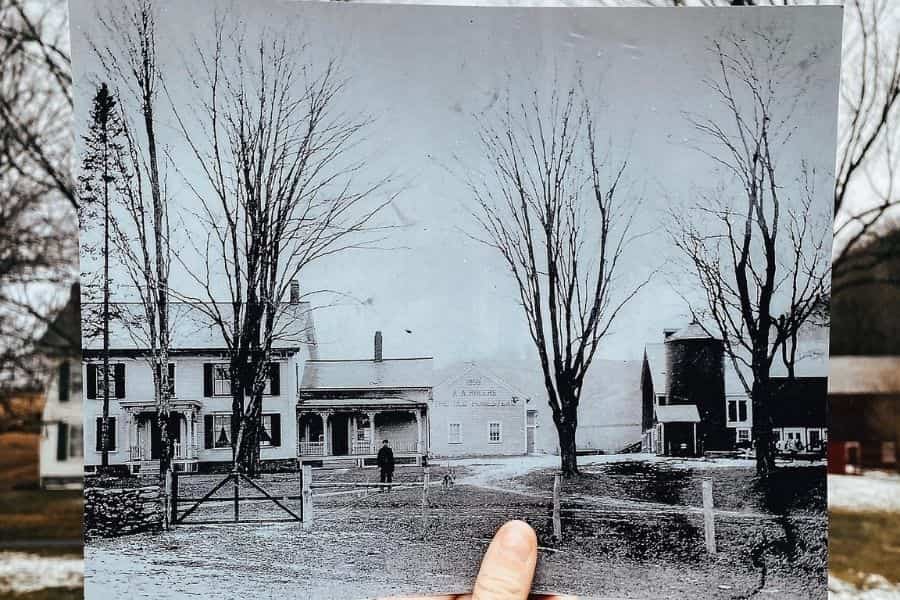 So far, my experience with TikTok has been mostly memes I don’t understand, reposted vines, and fart jokes.

And I’m kind of okay with that. The algorithm has figured me out pretty well.

But there’s a growing community of escape room owners, puzzle makers and treasure hunters on there too.

And if you check out Iris Rogers’ TikTok channel, you’ll see an epic treasure hunt more than 200-years in the making.

Iris runs a CBD company from her family farm. The farm’s been in her family for generations, so it’s filled with crawl spaces, dingy attics and walled-up secret rooms.

A long-standing family rumour was that Iris’s great-grandfather Elbert hid the original deed to the farm in a milk churn, which was then stashed, lost or sold.

This prompted Iris to check every remaining milk churn on the farm.

While she didn’t find the missing deed, what she did find sparked off an epic treasure hunt that’s had some unexpected twists and turns along the way.

Stuffed inside one milk churn was a pamphlet with some instructions to look somewhere else in the house.

From there, another clue. And another. And another. It’s the kind of National Treasure-style caper I’d love to start planning now for my descendants. Elbert, you’re a man after my own heart.

And National Treasure is the right way to think about it. Nothing too puzzle-y in this hunt – it’s more riddles and the ocassional code, with a hefty dose of “you’ve found X, now go to Y”.

Did Iris find the missing deed?

We’re now into season three and so far, no deed has shown up.

But Iris has unearthed some other treasures from cheeky old Elbert.

If you’re not on TikTok, here’s a playlist of the first ‘season’:

Of course, this could all be a cleverly-designed viral marketing campaign to promote Iris’s CBD business.

And you know what? I’m kind of hoping it is. Because this is some well-crafted treasure hunt design.

It’s got creeping through unused and abandoned parts of the house. It’s got hidden compartments. It’s got a-ha moments. There’s even a moment where Iris contemplated exhuming the corpse of Elbert to verify a clue about burial plot numbers.

I would love for Iris to come out and say the whole thing had been staged, because then we could see the thinking behind the design. For me, a behind-the-scenes look at how this was all made would be a bigger payoff than actually finding the deed.

But that’s just me, I’m a puzzle nerd.