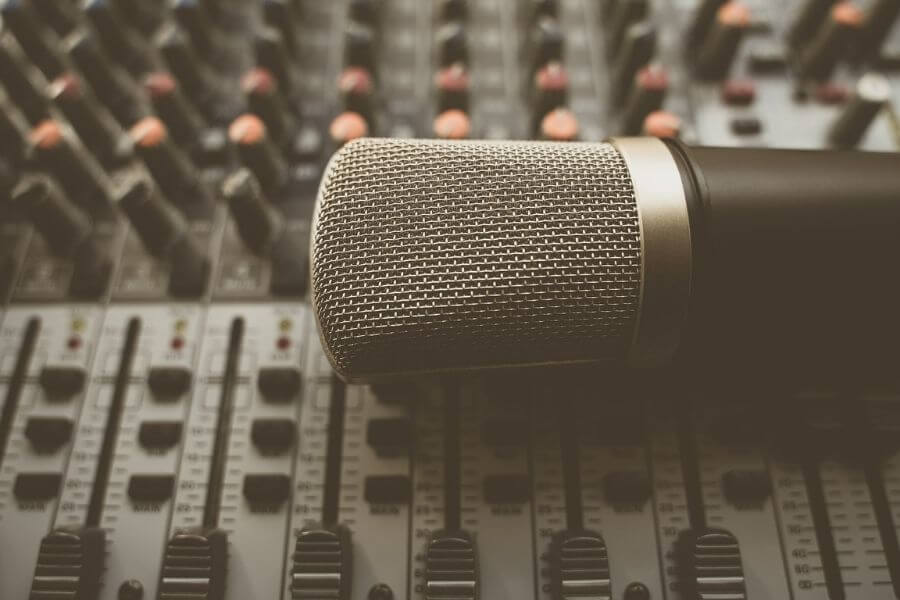 Whether you’re looking for some light entertainment, an in-depth interview or industry gossip, there’s a podcast out there for you.

Who doesn’t love a bit of audio distraction while doing the shopping or washing the dishes?

The days of constant commutes might be numbered, but podcasts are still in force. And if you’re an escape room fan, you’re spoilt for choice!

Here’s a rundown of escape room podcasts that are on regular rotation in my Spotify queue.

Arguably my favourite escape room podcast. I enjoy The Infinite Escape Room so much I weaselled my way onto the podcast as both puzzle solver and designer.

The Infinite Escape Room sees Mike, Ben, Jon and a rotating cast of puzzle solvers attempt to escape from a series of weird-and-wonderfully-themed audio escape rooms. They’ve escaped from Greggs, the moon, an archaeology dig, Hell itself, a heavy metal festival and a runaway London taxi.

There are some great puzzles to be solved, and there’s humour and japes abound.

The brainchild of industry heavyweights David Spira (of Room Escape Artist) and Peih-Gee Law (of Survivor fame), Escape Reality Pod is a great resource for game designers and industry enthusiasts.

If you want to hear from some of the best and brightest in the escape room and ARG space, I highly recommend this. David and Peigh-Gee’s chemistry with their guests and with each other is great to listen to, and there are some great insights into various aspects of the industry.

Zach and Jared’s puzzle podcast focuses on at-home escape experiences. In each episode of Puzzling Company they give a fair and balanced review a particular game before speaking with the creators about their games and how they work.

With the rise of at-home escape games during the pandemic, this is an excellent resource for players who want to cut through the noise and only play games that they know are going to be good quality.

They’re a delight to listen to and are among the most laugh-out-loud podcasts on the list.

Gem the GM gives an honest insight of escape rooms from the POV of a Games Master, Gem the GM offers anecdotes and advice for players and escape room owners alike.

She’ll occasionally has guests on her podcast and she casts play-alongs of games from Escape This Podcast.

Do you have a favourite puzzle podcast that’s not on this list? Get in touch and let me know!