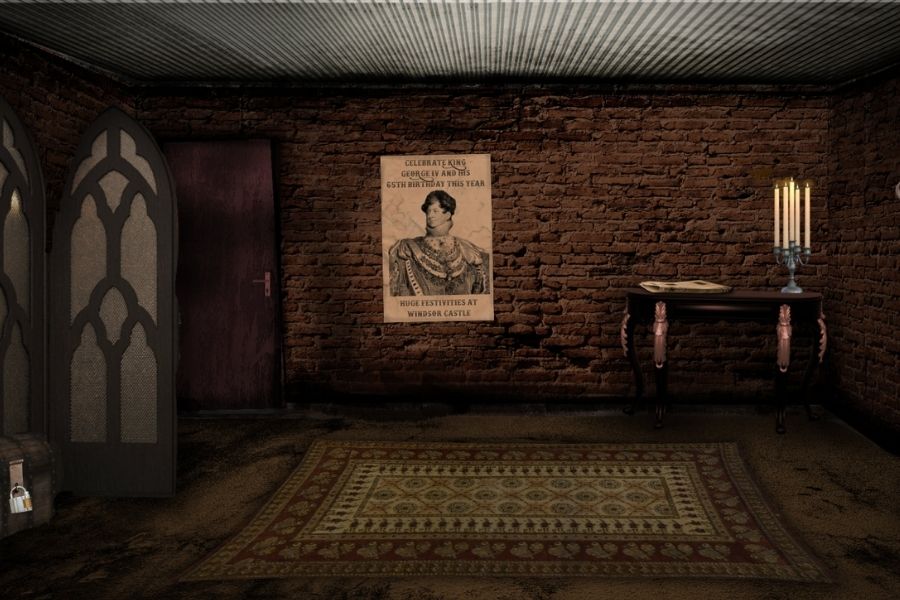 A delightful cinematic caper through time that’s filled with charm

So you’ll forgive me a squee of joy to the fact that Deadlocked has created a puzzle adventure themed around Brunel.

What’s more, 100% of the proceeds of the game go to support The Brunel Museum in London.

Deadlocked’s games have always been a joy to play, so how does this one compare?

The Thames Tunnel at The Brunel Museum in London was the world’s first underwater tunnel, and Deadlocked Escape Rooms have collaborated with The Brunel Museum to create our most cinematic adventure yet.
What starts as a simple task of helping contractor Joey Beamish with some network tests soon explodes into a time travelling romp through the true stories of the Thames Tunnel.

If you’ve followed Deadlocked’s endeavours you’ll know how much performance goes into each game. Tunnelling Through Time is their most ambitious yet, with the performance driving the narrative between puzzles.

Charlie Bond reprises her role of Joey Beamish, the engineer we saw in the Movember Moscape game. She acts as our eyes and ears, and her performance as both character and game avatar is excellent.

James Hamer-Morton plays the part of Brunel himself, with all the pomp you’d expect of a Victorian gen. The cast (it’s pretty cool that this escape game has a cast!) is rounded off by Justin Chinyere as a slightly sadistic ringmaster.

The cinematic portions of this time-travelling caper come with all the charm and humour we’ve come to expect from Deadlocked. It blurs the lines between full-on puzzle game and interactive movie.

Interacting with these characters offers an intimacy you don’t get with many online puzzle games. It’s like you’ve got another player there with you.

As this is a collaboration with the Brunel Museum, Tunnelling Through Time is centred around the achievements of the man himself, namely the construction of the Thames Tunnel.

The game’s time travel storyline allows you to interact with objects from the museum in the present day, as well as interact with characters and scenes from the time the tunnel was built in the 19th century. The comedic tone cleverly masks the fact that you’re learning a thing or two while you’re solving puzzles.

The game started off more challenging than we expected, and we needed a hint right of the bat. In hindsight, we just weren’t paying enough attention to the right materials. After that it was pretty smooth sailing. This game isn’t too difficult and I’d say it’s a good challenge level to make it accessible for most people.

The hints themselves are all delivered in character by Joey, maintaining the suspension of disbelief as you navigate through these temporal teasers.

The puzzle mix in Tunneling Through Time is incredibly varied. You’ve got some social sleuthing, a machine puzzle, some video-game-esque point-and-click, and even 360 video.

Once you’re in the meat of the game, the puzzles are divided into three stages, each themed around a significant event in the construction of the Thames Tunnel.

These stages offer a good mix of traditional escape room puzzles and more skills-based challenges that may appeal to more casual players (side note: I suck at skills challenges. Luckily Mim was there to ace these otherwise I’d have been stuck there for a good while!).

Accessibility baked into the game

I’m not colourblind (at least I don’t think I am …), but I really appreciated there being an option for colourblind players right off the bat. It was also great to have the option of subtitles on the cinematic portions of the game.

Parts of the game also have failsafes available in case your browser is potato-powered so you don’t miss out on any of the puzzle action. We ended up using one of those failsafes to access part of a puzzle, so it was very much appreciated!

I really enjoyed playing Tunnelling Through Time. It’s filled with the charm, humour and clever puzzle design we’ve come to know and love about Deadlocked.

We finished the game in just over an hour and we were a little sad that it had ended. As with their previous charity collaboration, this game is more accessible for less experienced escape room fans.

Die-hard puzzle veterans might get more of a brain workout from their meatier options – The Insiders and The Cyphstress – though there’s something for everyone to enjoy here.

Give it a go, support the museum and learn something while you play!