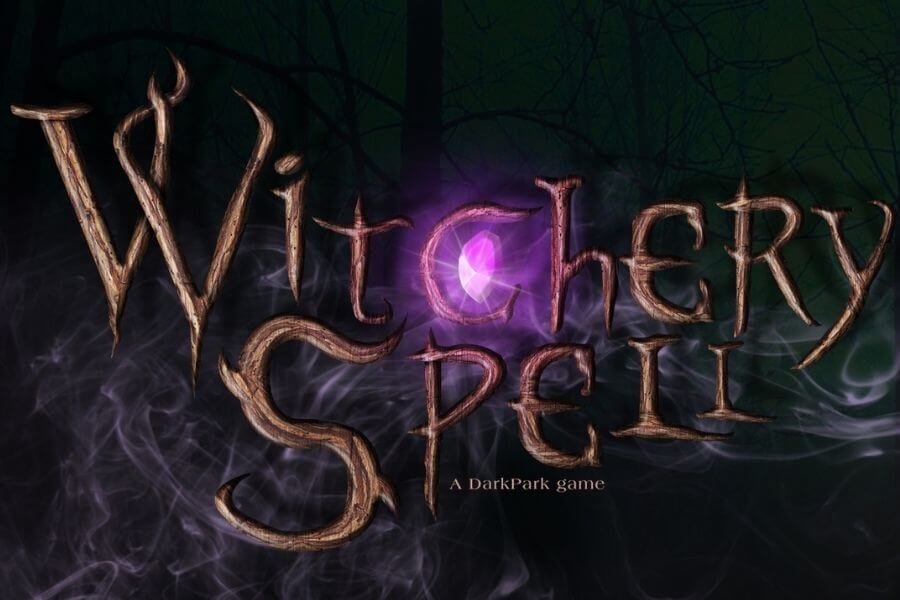 A wonderfully immersive narrative puzzle game that puts a spell on you from the moment you open the box.

It being Halloween, I was hankering for a spooky-themed game to break the tradition of watching Hocus Pocus for the umpteenth time (don’t worry, we watched it the day before, I’m not an idiot).

And us luck would have it, my amazing comrades-in-arms over at Review the Room graciously offered to lend us their copy of Dark Park Games’ Witchery Spell. They said “I think it’s definitely up your street.”

And they were so right.

You will meet 5 young witches. One of them recently turned 23 and mysteriously disappeared from the face of the earth.

What happened to her and does the same horrific fate await the others?

As young girls, they performed a ritual from an ancient book they found. Now it turns out that this seemingly innocent child’s play may be their downfall.

The problem: only someone who is not a witch himself can lift the spell, but what are the consequences? Are you brave enough to unleash the powerful ancient magic once again?

As soon as I opened the box, I knew I was in for something special. Whatever you think of when you think of the words “witches” and “spell”, and you get a pretty good idea what to expect.

The quality of the pieces was excellent, and a mix of traditional paper-based materials as well as more fragile and ornate pieces.

Even though the theming was around witches, Dark Park have done a great job at keeping the game rooted in the present, and effortlessly blending the modern and historical components into a believable narrative.

At certain points during the game, you’re instructed to do or say certain things. These don’t impact the puzzles in any way, but cleverly aided some of the game’s mechanics, and really ramped up the immersion for us.

Especially seeing as we played this on Halloween night, at one point we were a little nervous to continue, thinking “are we doing this for real?”

The puzzle mix was pretty solid, with a mixture of decipherment, pattern recognition and logic. There’s another side to Witchery Spell that’s almost like to a detective game, which worked well with the theme.

The puzzles themselves were a decent challenge level, although the opening puzzle stumped us for much longer than it should.

There’s a nice sense of non-linearity to the game, as we were able to have a number of puzzles solved and ready to rock, but couldn’t use them until the right point in the ‘spell’.

The signposting is done really well, and it’s cleverly mixed in throughout the narrative. Some were more obvious than others, but now and again we’d pore over the materials again and tease out a single nugget of information that would give us that a-ha moment.

The hint system comes via a QR code inside the game box. We used a couple of hints towards the beginning. They served us well – the game uses a graded hint system so we were nudged towards the right answer.

The game had a soundtrack about half way through but it would have been good if there was one from the very beginning, to set the mood (we just searched for ‘witchy music’ on YouTube and found something suitable).

There was a satisfying payoff once we’d finished the game that brought the story to a solid conclusion. The spell-crafting takes up a sizable chunk of the game’s runtime but on the whole it flowed well, with only one element that felt like filler.

Witchery Spell is one of the most immersive puzzle games I’ve played. The narrative is solid and grips you from the moment you open up the box.

The puzzles are solid, but it’s the storyline and the sense that you’re an active participant in the narrative that will stay with you.